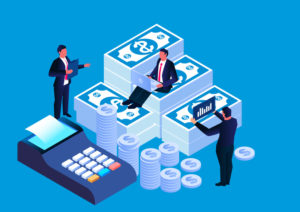 Perhaps in anticipation of this, Reverence set a hard-cap of $2.5 billion, according to CRPTF. The offering did not previously have a cap but was expected to raise up to $2 billion, Buyouts reported last October.

With $1.7 billion in the bank, Fund V is already 42 percent larger than its predecessor, closed two years ago at $1.2 billion. It is roughly 4x the size of Reverence’s premiere buyout vehicle, which secured $421 million in 2016.

Reverence was launched in 2013 by managing partner Berlinski and partners Peter Aberg and Alex Chulack to specialize in thematic investing across the financial services sector. It has two principal strategies: private equity and structured credit.

The firm’s thesis is based on the sector experience of the founders. Berlinski was with Goldman Sachs for 26 years, occupying several senior roles, among them global head of the financial sponsors group. While there, he led or executed more than 250 financial services deals.

Aberg had a similarly long tenure at Goldman Sachs, finishing as co-head of specialty finance in the financial institutions group. Chulack, another Goldman Sachs veteran, was before 2013 a managing director of General Atlantic, where he led financial services investing.

Opportunities are sourced in five subsectors: asset and wealth management, bank and non-bank finance, capital markets, financial technologies, payments and services, and insurance. In keeping with Reverence’s thematic approach, these are big, diversified spaces influenced by key long-term trends such as digitalization and regulatory change.

Reverence, which started out with a fairly low profile, has recently been identified with a number of headline-grabbing transactions. They include last year’s $2.1 billion carve-out acquisition alongside GTCR of the asset management business of Wells Fargo, later rebranded as Allspring Global Investments.

Fund V’s predecessor built a portfolio of eight platform companies, according to CRPTF documents. The last investment, made in December, was Ministry Brands, a software solutions provider to faith-based organizations. Insight Partners and other existing shareholders retained a minority stake.

Fund V, intended to make larger investments in 10 to 15 companies, also backed Ministry Brands. In a second debut deal, it put $100 million to work in CAIS, an alternative investment marketplace for financial advisers. Closed in April, the outlay came on top of an earlier $225 million financing led by Apollo, Motive Partners and Franklin Templeton.

The new offering is targeting a 2.5x gross multiple and a 25 percent gross IRR.

The New York firm operates with an investment team of 22 private equity professionals and 10 credit professionals, supported by an advisory group of financial services executives. It is expected to eventually create a formal body of operating partners, CRPTF said.

Reverence did not respond to a request for comment on this story.