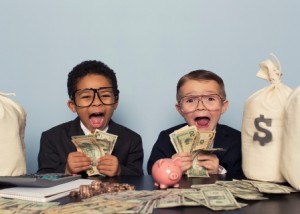 Registered investment advisers, family offices and other high net-worth qualified investors can use the startup’s software to invest in alternative funds such as KKR’s, without having to meet the high minimum payments of $5 million to $10 million usually required from institutional investors.

“We are able to keep minimums in the thousands, not in the millions,” said Artivest founder and Chief Executive James Waldinger in an interview.

Despite efforts by some asset managers such as Carlyle Group LP and Blackstone Group LP to expand access to wealthy investors, private equity and related assets remain a restrictive asset class, dominated by institutional investors such as pension funds and insurance firms.

Artivest, however, believes it can capitalize on the increasing demand for alternative assets. Fund managers saw assets in areas such as private equity, hedge funds, private debt, real estate and infrastructure grow by $690 billion in 2014, up from the $648 billion by which those assets grew in 2013, according to research firm Preqin.

Artivest aggregates the money its users invest and then writes a larger check to the funds. It is not aimed at retail investors.

The smaller investors have an online dashboard where they can see the funds they invested in and their performance reports.

KKR’s capital raising team discovered the company and thought it would help the fund expand its investor base, said Ed Brandman, KKR’s Chief Information Officer, who will join Artivest’s board.

“In the short run, there’s billions of dollars of capital that is looking to find its way into this asset class,” Brandman said.

Artivest is by no means the only company in its field targeting individual investors. Last year, for example, saw the launch of iCapital Network, an online private equity fundraising platform backed by a consortium that includes Credit Suisse Group AG and Blackstone.

KKR has already been trying to expand its investor base. Last month, it worked with money manager Altregris Advisors LLC to launch a fund that accepts commitments as small as $10,000.

Artivest’s platform is free to browse on, but investments cost money.

The valuation of Artivest could not be learned. KKR is investing in the company from its balance sheet and not from one of its funds.