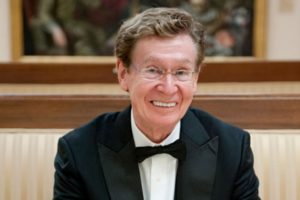 Richard Driehaus, founder of Driehaus Private Equity, who is known from his long career in public markets as the “father of momentum investing,” died March 9. He was 78.

Driehaus also sought to work with limited partners who would do more than just provide capital, Boufis said. The bulk of the firm’s LPs were family offices who could add something to the relationship.

“He saw an opportunity for LPs to be more … than just capital,” Boufis said. Around a third of the deals from the first fund were sources through LPs, he said.

The firm raised at least one fund, Driehaus Private Equity Growth Fund I, which had raised at least $42.2 million as of 2015 on a $50 million target, according to a Form D filing at the time. Driehaus filed documents for a second fund in 2016 but it’s not clear how much was raised.

Driehaus started his career in 1968 at A.G. Becker in the institutional trading department, and moved into a portfolio manager role. He also worked at Mullaney, Wells & Co. and Jesup & Lamont before launching his own firm.

He established himself in public securities investing, using his strategy of finding small-and- mid-cap companies with earnings momentum and riding their growth upwards. The strategy became known as “momentum investing.”

“Momentum investors purchase stocks that are rapidly rising in price in the belief that the rising price will attract more investors, who will drive up the share price even more,” according to an article featured on the American Association of Individual Investors website.

Outside of work, he raised three daughters and was involved in philanthropic activities focused on architectural preservation and education. The Driehaus College of Business was named after him at DePaul University, as was the Richard H. Driehaus Prize in architecture at Notre Dame.

Driehaus meanwhile is working on harvesting its investments. It’s not clear if the firm will launch a new fund, Boufis said. “The team is going to continue … but in what direction, we’ll see. We’ve got a niche.”