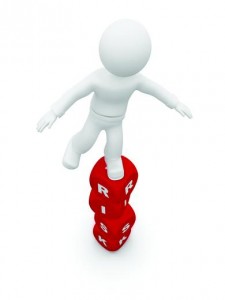 Businesses in their formative stages find it tough to find funding at the best of times. Watching an episode of Dragons Den will give you a fair idea of the burning hoops that entrepreneurs have to jump through to secure the funding needed to help push their concept through to the next stages of development.

And in today’s economic climate there is a shortage of would-be investors. The venture capitalists, once the knights-in-shining-armour of the budding entrepreneur, have sought refuge further up the investment ladder, away from high-risk enterprises that potentially threaten their returns track record.

So where does that leave the fledgling company, bristling with bright ideas for a successful future in business?

One obvious alternative is the people with money to burn; the High Net Worth Individuals (HNWIs) or business angels. And this rationale is not unproven. Recent research indicates that entrepreneurs could do worse than knocking on heaven’s door.

According to a recent report published by the National Endowment for Science, Technology and the Arts (NESTA) in conjunction with the British Business Angels Association (BBAA), on average a business angel in the UK invests £42,000 per investment, with each investor making an average six investments per angel.

And it is easy to see why angels are making their move. The same research shows that business angels stand to make a substantial profit from investing in start-ups, recouping with an average Internal Rate of Return (IRR) of 22% a four year holding period.

If that wasn’t enough, the tax breaks for early stage investment provide angels with a major incentive. Under the UK’s Enterprise Investment Scheme (EIS), a 20% tax relief is offered on investments in small businesses. In addition to this the BBAA – as part of its ongoing campaign to encourage angel investing – is calling on the Government to raise the current level of relief 30% to 40%.

Such are the opportunities and incentives for HNWIs that it looks like the European angel community is rapidly moving from a playboy industry and is shaping to become a serious asset class.

Brigitte Baumann, founder & CEO of GoBeyond Ltd and president of the board of the European Business Angel Network (EBAN), says: “Across Europe, angels invest somewhere between 2% and 5% of total net worth per investment, resulting in an average investment somewhere around the €60,000 mark.”

And another class of early stage investor is keen to cut a piece of the pie.

Baumann continues: “Over the last two years, since the banking crisis began, wealthy family offices have increasingly looked for investment opportunities. These investors have been more choosy and more serious than previous angel investors; they are taking longer-term positions and are adopting a longer-term outlook, to the extent that they are willing to re-invest money even when they have lost money on another investment.” In short they are behaving more like venture capitalists.

But if you thought for a second that the angel community offered the seamless solution to the early stage funding deficit, think again.

Anthony Clarke, managing director of GLE Growth Capital and chairman of the BBAA identifies says: “Whereas new angels are certainly entering the market, the recession has affected the HNWIs as well as the rest of us and they are investing nowhere near as much as they would have in previous years. Furthermore, those investors who have already made commitments are resolutely safeguarding their existing portfolios and are making very few new investments.”

It is not without reason that angels are cautious. According to NESTA/BBAA research, fewer than 5% of early stage companies are ready for angel investment, and of all angel investments made, 56% fail to return the investment stake money.

Questions have to be raised over the ‘investment readiness’ of early stage firms. Brigitte Baumann says: “Enthusiasm and a great concept will get you only so far. Angels today need to know that the people they are partnering with have a head for business. The key questions are: does the entrepreneur know how to make money, does he actually want to make money and how quickly can the business generate cash.”

In addition to a good idea, angel investors need to see some form of business acumen in their potential investees. And when it comes to European universities, this one area where their US counterparts sometimes leave them for dead.

One angel investor – who asked to remain anonymous – was unimpressed with the level of business awareness held by European graduates.

“Entrepreneurs emerging from US universities and business schools tend to have a much more rounded educational experience than those leaving European institutions. In Europe the focus tends to be largely on the grades, whereas the US system offers much more than academia. From the start of their education, would-be entrepreneurs in the US are involved in extra-curricular, character-building activities such as team sports, which produces individuals that are well equipped to survive in a business environment.”

Anthony Clarke agrees. “Whereas university start-ups are attractive as they are rich in terms of intellectual property, there are often issues when it comes to realising the commercial potential of the project. One of the reasons behind this is that the owners, whereas academically gifted, do not always display strong business credentials.”

Much has been written in recent years about the equity gap – the theoretical shortfall in funding provided by angel investors and venture capitalists. Accepted doctrine holds that angels traditionally club together to invest up to £250,000 whereas venture capital investors seldom invest less than £2m. Hence a company seeking an investment anywhere in between these two parameters, fall into the equity gap and will find it difficult to find a willing investor.

Tim Dempsey, director of Epiphany Capital, says: “The fact that some venture capital investors are now more reluctant to invest in early stage post-proof of concept technologies has meant that a proportion of innovation has been left without much-needed funding.”

Whereas it is certainly true that some venture capital firms have vacated the very early stage space, it does not necessarily follow that early stage businesses are poorly served.

Simon Webber, senior compliance manager at Beer and Partners, a leading source of venture capital and business angel investment for growing SME businesses in the UK, says: “I don’t believe the equity gap really exists. On the one hand, economies of scale prevent private equity firms from doing deals under £1m in enterprise value, and on the other there are very few businesses that are looking for investment in the £250,000-£1m bracket.”

And there are other options for businesses seeking financing. In the UK, for instance, the Small Firms Loan Guarantee Fund provides loans for businesses without a track record or the necessary security. Under the terms of the scheme the Government guarantees 75% of a loan from £5,000 to £100,000 for start-ups, or up to £250,000 for established businesses that have been trading for two or more years. To secure the first level of funding, all an entrepreneur needs to demonstrate is they have a sound business plan and orders for the product line.

Despite the differing investment focus, it is still important for venture capital firms and angel investors to maintain a good relationship. If venture capitalists are looking at deals further up the funding ladder, they can pass down opportunities that they deem to small for them, and similarly angels can refer to the VCs companies with heftier funding requirements. Maintaining the lines of communication between the two groups can be mutually beneficial.

And there are other benefits. Geraldine Rodgers, head of seed funds at the University of Cambridge Enterprise Fund, says: ‘We are constantly meeting with venture capital firms as they are interested in our deal flow; they provide us with expert advice and we can tap into their professional investment expertise. Essentially they act as an excellent sounding board for us.”

The recession has had a material impact on a financier’s investment capability, and this isn’t good news for companies looking for funding . Even if a business has succeeded in attracting capital, it has often come at a price.

Rodgers explains: “In the current market conditions it is taking companies a lot longer to conclude funding, something that impacts on its ability to grow at the rate required. Furthermore, some recipient companies are attracting either flat rounds or down rounds, that is, when the level of funding is either the same or less than the previous round of funding.”

Moreover, since company valuations have been driven down, this has had a knock-on effect on the value of the investment.

On the flip side of the coin, there are some positives to take from the economic downturn. Dempsey says: “A recession – although an unwelcome occurrence – does have the effect of weeding out the weaker companies, leaving the stronger ones standing. And those that remain are more likely to attract funding and become successful businesses.’

Rodgers also sees some plus points. “At the moment, investors are keen to bring in more partners to help mitigate the risk, and this obviously is welcomed by the investee company.”

Also, it is often said that a recession breeds a generation of entrepreneurs, the theory being that would-be managers – recently made redundant – find that the prospect of unemployment is just the shot in the arm they require to persuade them to go it alone.

But Dempsey offers a caveat: “There are generally two types of entrepreneur: those who genuinely have worked hard on creating a good, investable concept, and those who have been laid off and have spent a couple of weeks putting together a shaky business plan for an average concept.”

What has really changed?

If funding is still available for the majority of start-ups and the thriving angel network, have the fundamentals of European seed investment industry really changed that much?

Rowland says: “Whereas a couple of years ago investors would have been willing to consider providing money to a business concept then worry about installing the right people at a later date, today they are looking for people with experience at the helm of the business before releasing capital.”

Essentially what the industry has arrived at is a new definition of seed capital. Investors have reassessed what risks they are willing to take and have raised the bar in terms of the business fundamentals that need to be in place before they commit to a deal.