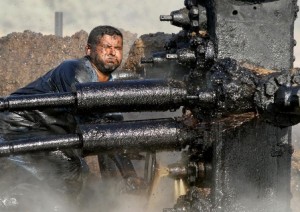 Riverstone launched Fund VI last May with a $7.5 billion target. Limited partners in Riverstone Global Energy and Power VI include the Houston Municipal Employees Pension System, the Ohio Police & Fire Pension Fund and the Teachers’ Retirement System of the State of Illinois.

Riverstone, which specializes in the energy sector, will invest Fund VI in midstream, exploration and production, energy services, power and coal related businesses, according to a May announcement from Riverstone Energy Limited, a publicly traded affiliate of the firm.

Riverstone is also in the process of raising its debut credit opportunities fund, Buyouts previously reported. The firm is targeting $1 billion for investments in market opportunities created by market dislocations in the leveraged capital markets for energy companies, according to a press release. Other firms, including Apollo Global Management and GSO Capital Partners, are raising similar vehicles to pursue distressed opportunities created by steep reductions in oil prices.

Previous Riverstone Global Energy and Power funds, which were raised alongside The Carlyle Group, netted between 8.6 percent and 53.1 percent through the same date, according to CalPERS data.

Riverstone was founded by Pierre Lapeyre, Jr. and David Leuschen in 2000. The firm has offices in New York, London, Houston and Mexico City.