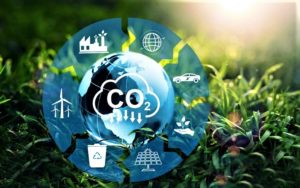 Sandbrook Capital, led by a founding team of ex-Riverstone partners, is in the market with an inaugural climate infrastructure offering, as LPs flock to energy-transition strategies.

The Stamford, Connecticut, private investment firm is seeking $1 billion for Sandbrook Climate Infrastructure Fund I, sources told Buyouts, a well-above-average target for a first-time vehicle. The hard-cap is “significantly higher,” they said.

LPs are seizing on the energy transition – the shift from fossil fuel-based systems of energy production and consumption to low- and zero-carbon sources. This has led to major adjustments in investor allocation policies as well as rising demand for fund products aligned to climate and sustainability goals.

The trend was never clearer than in 2021, when numerous offerings dedicated to the energy transition were launched. They include TPG Rise Climate Fund, wrapped up this year at $7.3 billion, and Brookfield Global Transition Fund, expected to soon close at $15 billion.

Satisfying further LP demand, however, may be challenging because of the relative absence of GP experience and skill sets in a nascent space. Sponsors of new products have also recently been hit by a downturn in fundraising due to a crowded marketplace, overallocated LPs and other factors.

Sandbrook appears to have persevered despite fundraising headwinds. After only six months of marketing, the emerging manager secured more than three-quarters of Fund I’s target, sources said, and is now rapidly approaching a final close.

This perhaps owes to Sandbrook having addressed the key issue of GP domain expertise and experience. The firm was created in last year’s final months by five veterans of Riverstone, three of them former heads of its power and renewables group.

In its design, Sandbrook’s strategy reflects the power and renewables investing history of the founders. It will invest in global mid-market climate infrastructure opportunities, typically by forming platform companies that can build or aggregate high-quality real assets geared to the energy transition.

The firm will source dealflow in five core sectors: clean power generation (such as electricity generation from solar and wind); transmission and storage (to accommodate renewables); energy use and efficiency (to ensure grid stability); the low-carbon supply chain (to remove supply bottlenecks); and low-carbon services (such as data analytics tools).

Investments made by Riverstone Power, which total 18 from inception according to Riverstone’s website, hint at what Sandbrook might have in mind.

One is Pattern Energy, a developer and operator of wind, solar, transmission and energy storage projects. Established in 2009 by Riverstone Power, it was taken public in 2013, and taken private again in 2020 by the firm and Canada Pension Plan Investment Board for $6.1 billion. Marti and Hunt were the deal leaders.

Another is Enviva, a wood pellets supplier to utilities and heat and power generators. Backed in 2010 by Riverstone Power, it was in 2020 the focus of a $1.1 billion secondaries deal – anchored by Goldman Sachs, Mubadala and BTG Pactual – to extend the growth runway. Williams and Hunt were the deal leaders.

Sandbrook’s offering could be attractive to LPs at a time of increasing uncertainty and volatility. Investors concerned about price pressures, for example, are likely to pay more attention to inflation-oriented strategies like real assets.

Sandbrook declined to provide a comment on this story.