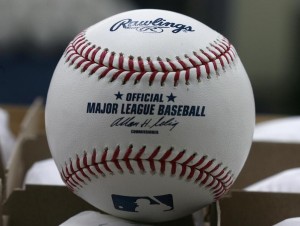 The firm, formed in 2008 by executives from Kohlberg Kravis Roberts and Citigroup, has closed its second fund on its $1.25 billion hard cap and may have collected a bit above the cap, according to two people with knowledge of the fundraising.

It’s not clear if the final tally is inclusive of the firm’s GP commitment. Riverwood, which focuses on growth equity tech investments, did not return a call for comment.

Fund II has been in market since the fourth quarter, according to one of the sources. Park Hill Group worked on the fundraising.

Riverwood Capital Partners II LP had collected about $1 billion in May and had to wait for some limited partners to close commitments, one of the sources said.

Riverwood, which has offices in Menlo Park, Calif., New York City, Sao Paulo, Brazil, and Beijing, started its life larger than most other first-time funds. The firm’s debut fund closed on $780 million in 2011 after the firm cut back its original target of $1.5 billion in 2009 after the economy collapsed, Buyouts previously reported. Fund I was generating a 22.3 percent internal rate of return and a 1.5x multiple as of March 31, according to performance information from the California Public Employees’ Retirement System.

One of Riverwood’s big winners is wearable camera company GoPro, which had been marked around a 7x unrealized return in the portfolio, according to an LP familiar with Riverwood, who talked to peHUB in May. GoPro went public at $24 per share in June. It shares were trading above $84 Monday.

Riverwood also has the ability to invest a portion of its funds in Latin America, though it’s not clear how much of the fund can invest in the region.