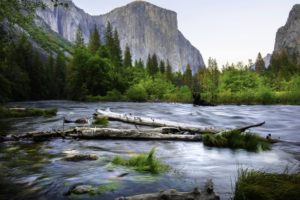 Riverwood Capital, an investor in tech and tech-related businesses, is edging closer to a combined $1.5 billion target for its third flagship fund and a Latin America-focused sidecar vehicle.

Riverwood’s second flagship wrapped up six years ago at a hard-cap of $1.25 billion.

Fund III is backed by 106 investors and the Latam vehicle by 28 investors, the Form D documents show.

Disclosed limited partners include Canada Pension Plan Investment Board, which committed $150 million to Fund III. CPPIB, which since 2014 has committed $325 million to the Menlo Park private equity firm, last year opened an office in Silicon Valley to gain more exposure to tech opportunities.

Riverwood’s fundraising milestone follows an expansion of the partnership team. In January, the firm promoted Harish Belur, Joaquim Lima and Scott Ransenberg to partner, increasing the team’s members to eight from five.

Alvarez-Demalde and Parks were executives with KKR before launching Riverwood in 2008, as was Michael Marks, who is no longer identified on the firm’s website as a founding partner.

Riverwood makes control and minority investments in high-growth companies in sectors like B2B software, digital and consumer internet, electronics, hardware and semiconductors, IT and telecom infrastructure, and IT services and outsourcing. Dealflow is sourced globally, but with a focus on North and Latin America.

Riverwood partners with founders, managers and other stakeholders of businesses that are navigating strategic or operational inflection points, the firm’s website shows. It typically invests $25 million to $125 million through buyout, carve-out, growth equity and roll-up deals.

The portfolio holds 30 companies at present, the website shows. Riverwood’s newest investment, announced last May, is Nextdoor, a neighborhood social network. The firm led a $123 million financing of Nextdoor that was joined by Benchmark, Kleiner Perkins, Tiger Global Management and others.

Riverwood Capital Partners I, which closed in 2011 at $780 million, generated a net IRR of 23.6 percent as of June 2019, according to a report by California Public Employees’ Retirement System.

Riverwood, which has divisional offices in New York and São Paulo, did not respond to a request for comment.