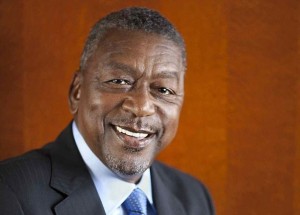 The Jordan, Edmiston Group is advising on the deal, one of the sources said. Los Angeles-based MarketCast provides market research services such as exit polls, test screenings and focus groups on movies and TV shows. RLJ would likely pay less than $100 million, the source said.

News of the MarketCast sale was disclosed on the FTC’s website.

RLJ closed its first fund at $230 million in 2009. Performance data for Fund I was not available. RLJ typically invests between $15 million to $30 million equity per deal, according to the firm’s website. In the past year, the Bethesda, Md.-based PE firm sold Media Source and bought EnviroVac Holdings and Naylor.

MarketCast represents a two-year hold for Shamrock, which acquired the company in 2012 from Reed Business Information, a unit of Reed Elsevier. The investment came from Shamrock’s third fund, which closed at $400 million in 2011. Shamrock’s second fund collected $311.5 million in 2006.

Performance data for Fund III was not available. Shamrock’s second pool generated a 9.6 percent net IRR and a 1.29x investment multiple as of Dec. 31, according to the Regents of the University of California, an investor in the fund.

Shamrock Capital was founded in 1978 as the investment firm of the late Roy E. Disney family. In 2010, Shamrock split with the Disney family when partners of the PE firm acquired a majority stake.

A middle-market firm, Shamrock focuses on media, entertainment and communications. It typically invests from $15 million to $100 million per deal. In September, Shamrock led a $70 million Series D round for FanDuel. The PE firm also bought Questex that month.

RLJ Equity declined comment. Executives for Shamrock, MarketCast and Jordan did not respond to requests for comment.