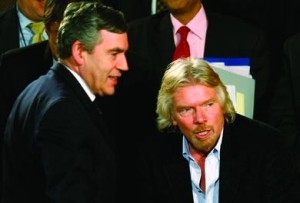 The Government’s approval of a £28bn gilt-edged refinancing plan for has revived hopes that a private equity bidder might still submit an offer for the troubled bank. This has allowed Northern Rock’s shares to more than double over the last fortnight from a record low of 52p as a decision on any proposals is expected within weeks.

Previously had expressed an interest in launching a rescue bid for the mortgage lender, but had baulked over its inability to secure a viable financing package to pay back Northern Rock’s mounting loans to the Bank of England. Estimates have suggested that these could rise to as much as £50bn. They currently stand at £28bn.

Now the Government has said it would back the plans of its adviser . The latter set out a proposal on January 21 to allow Northern Rock, or its new owner, to issue long term bonds secured against the lender’s substantial assets and guaranteed by the Government. This would allow the Bank of England emergency loan to be repaid.

As part of this package, the Government said it wanted to select a bidder or approve a new ownership structure for the bank by next Monday, February 4. Previously Northern Rock’s board has said it wanted to complete its strategic review by February as well.

At the time Virgin said it would be able to raise only £11bn. This was insufficient for it to go ahead with a fully financed offer. This, combined with intransigence from Northern Rock shareholders at a specially convened meeting in January, suggested that temporary nationalisation would be the most likely outcome.

However, Government approval of the Goldman Sachs plan has sparked renewed interest in the Bank, with a refinancing of the existing business accompanied by a change of management viewed as highly likely. This was the original proposal of Olivant, backed by Luqman Arnold, former boss of Abbey National.

A source close to said “the team was working on delivering a firm proposal by the deadline next Monday, taking into the Government guarantee”.

Northern Rock director Paul Thompson, who was chief executive of Resolution Life, is also putting together a similar proposal combined with an equity issue of up to £1bn, possibly to US private equity firm Five Mile.

Flowers is also thought to be considering a fresh tilt at the bank. Fellow private equity firm Cerberus has not ruled out such an approach either. Other potential bidders for the bank, or some of its assets, might include Spanish banks La Caixa and Santander.

Catalan savings bank has run its eye over Northern Rock before, according to a source familiar with the situation. Santander, which bought Abbey several years ago, would also be able to incorporate the existing business within its UK operations.

Last month the ambitious lender was also in talks to buy another UK mortgage bank Alliance & Leicester for around £2.7bn. It declined to comment on suggestions it was interested in Northern Rock.

Before Northern Rock sought Government support, it had also been in talks with . There has been speculation that the high street bank might now return to the negotiating table.

Flowers’ interest may wane given the collapse of its US$4bn sale of NIBC to Icelandic bank Kaupthing. Flowers had originally hoped to float the Dutch bank before the deteriorating credit climate prompted a share sale to Kaupthing.