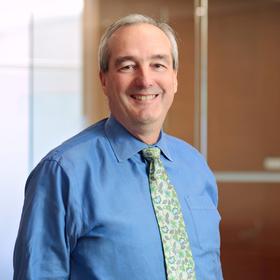 Ray Rothrock, one of UTIMCO’s newest board members, abstained from a recent vote on a venture capital investment to avoid a conflict of interest.

Rothrock, a partner emeritus at VC firm Venrock, acquired a limited partnership stake in the Underscore’s debut fund before he joined UTIMCO’s board earlier this year.

Underscore was co-founded by Michael Skok, John Pearce and C.A. Webb. The Boston firm launched a $75 million fund through an unconventional structure that allowed certain portfolio company advisers to take a share of the general partner’s carried interest, according to a Wall Street Journal report.

Rothrock and Underscore could not be reached for comment.

Rothrock took over John White’s seat on the UTIMCO board in April. He must abstain from any votes or deliberation relating to UTIMCO’s commitment to Underscore, according to endowment documents.

How large a stake Rothrock took in Underscore’s debut vehicle is unclear, but it wasn’t considered large enough, or relevant enough, to prohibit UTIMCO from committing to the fund, as well.

“It’s very rare,” Hopper said, commenting on Rothrock’s abstention. “This is probably the first time I’ve seen it in the last five or six years.”

It’s not unusual for venture capitalists to invest in their colleagues’ funds, said Hopper, who added that Rothrock’s investment did not curtail or hinder staff’s assessment of Underscore. Staff did not believe his investment stake would be an issue moving forward.

“We have to do our own underwriting for every investment we do,” Hopper said.