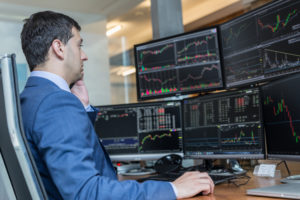 An independent sponsor that just graduated into the world of the funded has a pool of fresh capital to bring to bear on its strategy that incorporates a data-heavy approach to family-owned logistics, distribution and industrial services businesses.

One of the primary paths for fundless sponsors, who source capital with each new investment, is to move into raising a traditional private equity fund. Not every independent sponsor wants to raise a fund, but many, after building a track record of investments, build the experience to attract limited partners.

The independent sponsor, Rotunda Capital Partners, closed its debut institutional fund on more than $195 million this month. Rotunda had been investing on a deal-by-deal basis since inception in 2009, and considers this first institutional fund as its second fund. UBS worked as a placement agent on the fundraising.

The fund has made one investment so far, merging its portfolio company Trinity3 Technology, which it acquired in November 2019, with FireFly Computers, a September 2020 add-on, to form Trafera.

Rotunda Capital, with offices in Washington, D.C., and Chicago, was formed by executives from Allied Capital in 2009, after the devastating effects of the global financial crisis weighed on markets. Rotunda’s first two investments were buying assets the team knew out of Allied’s portfolio, according to John Fruehwirth, managing partner.

“Our first two deals were deals we had worked on throughout our time at Allied,” Fruehwirth told Buyouts in a recent interview. “We were lucky in that respect. For an independent sponsor today, it’s really hard, the first couple of deals are really hard. [After the third deal], momentum gets going.”

The firm made 12 pre-fund deals, including several that were part of a separately managed account the firm built with a large university endowment.

Rotunda brings some of the skills the team applied at Allied and Thoma Bravo and through the partners’ careers, which includes investing in senior debt, sub-debt and today, control equity.

The firm wants to be the first institutional capital in the companies it backs, in its target sectors of distributions, logistics and industrial business services, family founder run businesses. “We differentiate by being really clear and transparent about what we’d like to do with the business and resources we’ll bring … the families [founders] remain relatively large investors. They’re not just taking the cash and leaving.”

Rotunda also does something fairly unusual. The firm hired Nathan Bertsch in 2019 to apply data and analytics to the firm’s portfolio companies and investment opportunities. The firm noticed in many founder-owned businesses a lack of understanding around data and analytics, Fruehwirth said.

“Many entrepreneurs have been incredibly successful largely out of gut feel; they’ve been doing it for 10 to 15 years. The question is, do you really know where you make money, what it costs to deliver this product, what your customers are saying about you?” Fruehwirth said.

Rotunda lets founders know that the firm will do the initial work of setting up an analytical foundation to better understand the business. The goal is for each portfolio company to establish in-house data teams within a year of investment, Fruehwirth said. “We’ll teach you to fish, but now you’ve got to fish,” he said.

In conjunction with management, Rotunda builds a five-year vision of the company’s future success and then breaks it down into tangible initiatives to make that happen.

“It has to be their map, it’s their idea … we help them build their vision of what success looks like,” he said about management.