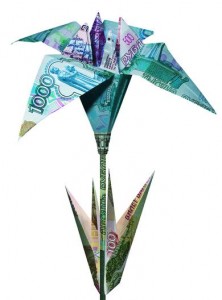 For a country with one of the world’s largest scientific communities, responsible for thousands of innovations and technical breakthroughs over the past century, Russia has had a remarkable absence of entrepreneurship. Largely caused by the dictates of communism, which restricted individual aspiration, this peculiar lack is finally being recognised by the Russian government.

A government-sponsored fund of $500m has been announced, dedicated to supporting venture capital projects, with special economic zones established to offer both Russian and foreign companies customs and tax breaks for up to 20 years. Already, 10 funds have received funding from this source, matching that being offered from private industry, meaning that a total of US$1bn will pour into venture capital coffers in the coming months, according to Sergey Romashov, head of private equity at VTB Asset Management. His company is managing the first of these funds and expects to announce further funds in the coming months.

“The appearance of professionals in venture capital will encourage entrepreneurs with the right business plans and ideas,” says Romashov. “We didn’t really have venture capital before, the quality of business plans and management teams in the past have been mediocre. So I expect in the coming years the appearance of a new sector in Russia. The fundamental signs are good: there are more than a thousand research institutes in Russia, there are very good scientific schools, but they have never been integrated into an open market economy.

Of the particular sectors that are likely to benefit, Romashov lists nanotechnology, biotechnology, IT, engineering, oil and gas and alternative energy as prime candidates, each of them with strong roots in the country but so far lacking the impetus of VC funding. Geographically, the money is likely to spread far across the country, from Siberia to Tomsk to the Urals to St Petersburg and of course Moscow. “There’s very broad involvement,” he says.

Romanshov’s one regret is that this decision has come so late. Russia spent many billions of dollars and decades of its history building up scientific infrastructure, yet this legacy was immediately squandered with the fall of communism. “Five hundred thousands scientists left Russia after communism,” he believes. “Now we just want to catch the train.”

Many of these scientists ended up in Silicon Valley in California – as many as 200,000 Russians now work in scientific research in the States, says Romashov – which has opened up the opportunity for joint ventures between Russian and American groups. “There is now so much interest in Russian high tech research that people have started to migrate back,” he says. “Major US companies are ready to set up branches in Russia.”

Among the notable converts to the Russian cause is Cisco, which has identified the country as a new home for venture capital funding. “We have been in Israel for over a decade, in India for quite a few years and in China since 1999,” says Yaov Sarnety, Cisco’s director of corporate business development in Europe. “As we look globally to where the next venture asset class is going to emerge, it is definitely Russia and Central and Eastern Europe.”

“This is just the beginning,” says US venture capitalist Joe Bowman who works for Russian Technologies. “We’re entering a new era for Russian venture capital.” Foreign venture capitalists have put in a total of $300m to Russia’s high tech companies since 1999, but in global terms, this is but a drop in the ocean, accounting for less than was invested in China in the first quarter of 2007.

What observers in the VC world now predict is that Russia will awake from decades of entrepreneurial slumber and begin to realise its huge potential, using the benefits of a 250m population to achieve economies of scale and capitalise on aspects such as the country’s newfound connectivity: an estimated 140m Russians are now mobile phone users, for example.

But for many foreign investors, the potential gains are slowly starting to outweigh the evident disadvantages of working in the country and are – in any case – becoming lighter burdens. “It’s not like the 1990s,” says Alicky Denton, a business expert who conducts due diligence for foreign companies wanting to work in Russia. “The profits to be made are enormous.”

It will no doubt take several more years for the mid-set of Russian businesspeople to fully engage with the concept of venture capital (there has been a slightly disappointing uptake of the government’s VC fund and it is adjusting the criteria to make it more appealing), but the early signs are good.