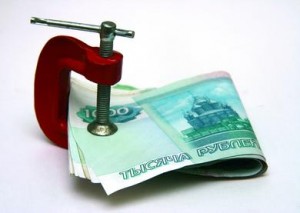 Rohit Chawdrhry reports.Recent developments in the US/UK housing market have created a challenging environment for financial markets globally. Not surprisingly, it has affected the private equity market and also the Russian equity market, which has seen some initial public offerings postponed. Does this imply that the global credit crunch could have an impact in on the Russian PE space as exits become more uncertain? To answer this, the current environment needs to be explored from both the banking as well as the private equity space.

First a brief background on the credit crisis. Recent reports suggest that the Russian Development Bank pumped in liquidity to ease the credit squeeze for three banks – VTB, Sberbank and Gazprombank. In addition, the interbank rates (31 to 90 days) increased by 250 basis points over the past two months, thereby creating a cause for concern. Russia suffered an outflow of capital as foreign investors withdrew money after the eruption of the sub-prime mortgage crisis in the United States in August. Many banks and companies lost access to foreign credit as a result.

As the liquidity contagion spread, equity markets corrected quickly, but have since gone on to make new highs on the back of strong energy prices. Though some IPOs were delayed, the overall environment hasn’t been strongly disrupted. Data from Dealogic shows that 2007 has been even more vibrant than last year in terms of deals. With the Russian stockmarket trading at 25% discount compared to its emerging market peers, it is unlikely that the interest from institutional investors will ebb. Hence exits for PE funds may not pose a serious challenge.

The key reasons for the global credit crunch were an over-exposed mortgage market in the US and UK, higher interest rates resulting in rising foreclosures/defaults by the end borrower and the subsequent impact on the sub-prime lending book for various financial institutions. In order to analyse the likely impact of this global credit crunch on Russia, it is imperative to examine some key metrics.

Statistics relating to credit do not show an alarming picture for Russian banks. While credit to GDP ratio for the economy still remains around 30%, it is well below Asia’s 80% (with China at 100% plus) and remains non-comparable with the US or the UK economy, both of which are well above 170%. In addition to this, mortgage loans as a percentage to GDP at 1.3% suggests a massively under-developed market in Russia. It is of note that mortgage loans as a percentage of GDP for the UK and US are well above 70%. And finally, retail lending forms 8% of Russia’s GDP, another well-contained figure. Not surprisingly, household debt as a percentage of GDP remains around 5%. Interestingly, Russia still lags behind Ukraine, Kazakhstan and Eastern Europe, despite having a richer middle class. As a matter of fact, the present credit crunch might create opportunities for the Russian banks to take over some CIS/Eastern European banks where mortgage debt is relatively high.

Additional evidence relating to trade flow with the US suggests that there will not be an extended credit crunch for the Russian economy. The US directly accounts for less than 3% of Russia’s exports year-to-date (and 2% as a share of 2006 GDP) compared to the EU, which accounts for 52% of exports; Asia for 18%; and CIS for 15%. Evidence suggests that the fall-out from current events is limited but shows that tighter global credit and potentially lower commodity prices will reduce GDP growth next year to 5.8%.

But what contingency plans are in place in case the situation worsens? The central bank is sitting on the world’s third-largest foreign currency reserves, worth more than US$430bn, as booming oil and gas prices have brought money flooding into the economy. It has used its resources to avert liquidity problems by pumping billions of dollars into the banking system through one-day repo auctions. With energy and metal prices rising rapidly, the liquidity situation is likely to remain well under control.

From a PE perspective, Russia remains largely a growth story. There is relatively very little dependence on LBOs (unlike its CIS or Eastern European counterparts). Further, most flows in this space are still domestic. On an overall basis, evidence suggests that the Russian economy remains insulated from the slower US growth/global credit crunch and is unlikely to present itself as a challenge to either the economy or the PE space.