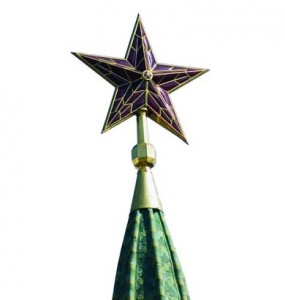 “Russia is full of capital,” says Andrew Morozov, Country Investment Manager of responsible for Russia and CIS countries. With a PhD in Physics and an MBA from Wharton, Morozov returned to Russia after 17 years in the US to invest in high tech companies. “To be successful here Western investors should bring something beyond money to the country. For Cisco this is our brand and global experience and a willingness to invest into the Russian IT sector, which is undervalued by local investors.”

Morozov views the growing interest in Russia from global investors positively. “Unlike India or China, Russia is not the top priority for the global investors. One of the reasons is the image of the country created by Western media. However the situation is changing. More and more investors are coming here. Usually they are very competent ones ready tojudge the country not only by CNN picture.” More investors means more money.

In Russia capital is not a scarce commodity. But does it mean more competition? Not according to Andrew Tikhomirow, director of , a subsidiary of Siguler Guff & Company. In his opinion, Russia presents opportunities for investors and a lot of space for new players. Russia Partners is one of the most experienced PE managers in the country. Tikhomirow doesn’t believe that big players are going to set up Russian operations, at least in the near future. “Global PE players continue to keep their offices in London and work in Russia through local partners to find potential clients and monitor the market.”

Experience is crucial to handling big projects, Tikhomirow says. “US$200m to US$300m projects will emerge in the near future but now the optimal size of investment is around US$70m to US$100m.” Compared with other Russia Partners’ investments, which range between US$10m to US$15m, these estimates forecast significant growth in deal size. This summer plans to raise a new fund dedicated to investments in Russian companies as large as US$700m to US$800m. And Tikhomirow says the company already has deals in the pipeline for this money.

Many PE players have allocations for Russia but according to Tikhomirow finding investments is difficult. “The only PE houses in Russia which fully conform to Western business practices are Russia Partners and ,” he adds. Both have Western roots and no difficulties raising new funds from Western markets. Earlier this year Barings raised a record US$1bn fund for Russia and it was oversubscribed.

There is also a new breed of Russian domestic investment companies emerging that are trying to emulate Western-style PE standards with various degrees of success. Among them are , launched by , one of the oldest and most successful Russian investment banks, in cooperation with (Singapore); and , established by owners of Alfa group.

Since the 1990s almost all of Russia’s major financial groups have in-house investment arms. Among the most prominent are , chaired by billionaire Oleg Deripaska; Millhouse Capital, run on behalf of Roman Abramovich, owner of Chelsea Football Club; and , which was originally established by Victor Vakselberg, a prominent Russian businessman. Oleg Tsarkov, managing partner of Renova Capital, who emerged from the political turmoil of the 1990s with a reputation for bravery and efficiency, says his business doesn’t suffer from its oligarchic image. “For someone in the West a label like this could be viewed negatively. But others see it as a benefit. They believe proximity to Vakselberg provides additional protection against local risks. But at the end of the day, if you have an interesting project on the table everyone wants to talk and takes you seriously.”

Cisco’s Morozov and Tikhomirow of Russia Partners believe that such differences do exist. In their opinion Russian PE funds have shorter investment horizons. They are less transparent and seriously depend on the opinions of their owners or main investors. Since Russian PE funds have no history of success or big names in their teams they face difficulties in getting access to institutional money. “For the big players, we are still considered first-time funds. And while many major Western institutional investors have allocations for Russia it isn’t easy to persuade them to work with us”, confesses Tsarkov. However, it seems that he isn’t overly concerned about it. “When we need additional financing there are easier and faster ways to source it locally.” He considers the nimbleness of Renova as one of its main competitive advantages and that is the reason his fund avoids club deals. “Approvals for club deals involve long and tedious processes. We can’t waste so much time.” Tsarkov says that the level of transparency of Renova Capital complies with very strict standards. “We have Western businessmen with serious reputations on our investment committee,” he adds.

All of the experts EVCJ spoke to agree that there is a deficit of interesting projects in the country. But in their opinion this deficit will not grow due to the new players emerging on the Russian investment market. Neither Renova, Russia Partners nor Cisco view each other as competitors as they are interested in different sectors and segments of the Russian market. The overall view on the ground is that there is still plenty of room for new PE players, especially for ones with a good understanding of financial or industrial sectors.