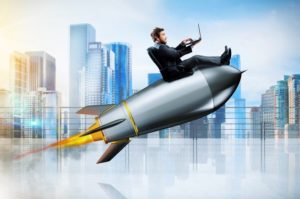 In what appears to be a common theme in this year’s robust fundraising market, Sageview Capital upped the target for its third growth-equity offering to $700 million.

The original goal was exceeded, the Form Ds indicate, with nearly $660 million secured to date by Sageview III and a parallel vehicle. Moelis & Company and Merrill are the placement agents.

Sageview’s experience reflects the momentum behind growth-equity strategies in North American fundraising activity. Twenty-nine pools, led by Blackstone’s $4.5 billion debut growth fund, collected $24 billion in Q1 2021, more than half of the total raised in all of last year, according to Buyouts’ data.

Growth equity also made gains on buyout, typically the most popular strategy, in market share. It took 19 percent of committed capital in the first quarter, well above the historical average.

A variable in growth equity’s strong showing is digitalization across the economy, a process that was accelerated by covid-19. The strategy’s opportunity set often includes tech-focused businesses or traditional businesses utilizing innovation to create a competitive advantage.

This provides some context for Sageview, which has an operationally focused strategy for investing in tech-enabled, lower mid-market companies. The firm looks to build a concentrated portfolio of businesses with $10 million to $50 million of recurring or reoccurring revenue, large addressable markets and outsized growth prospects, its website shows.

Sageview deploys $15 million to $100 million per investment, acquiring a significant minority stake and board representation. Drawing on in-house knowledge and external networks, it works with management teams to expedite organic and M&A-led growth, improve operational efficiency and achieve other goals.

The portfolio presently holds 16 active investments. The most recent addition is Carewell, an online home health-products retailer backed by Sageview in April. It followed four deals done in 2020, among them a $60 million minority investment in Drivewyze, a connected platform for trucking fleets.

Sageview was founded in 2006 by managing partners Ned Gilhuly and Scott Stuart, both ex-KKR partners. Other team members include senior partner Dean Nelson, who joined in 2014 after leading KKR’s operating group, KKR Capstone.

Fund III is unlikely to be Sageview’s largest pool. For its inaugural fund, the firm raised $1.35 billion. The 2016-vintage Fund II brought in $479 million against a $600 million target.

Sageview declined to provide a comment on this story.

The reported number of PE firms hiking their fund targets or hard-caps in today’s market is multiplying. Last week, sources told Buyouts that GI Partners increased the cap on its sixth vehicle, which is moving towards a $3.8 billion final close.