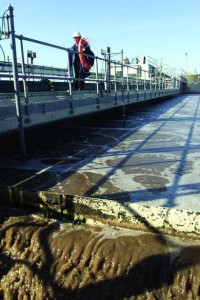 Saltaire Water is a consortium consisting of (a unit of Citigroup Alternative Investments) and Bank as well as several smaller parties, such as and . The latter is the Singapore government’s private equity arm, which bought into the buy-out of British Airports Authorty, led by Spanish construction group Ferrovial.

Kelda was advised by Greenhill, Merrill Lynch and JPMorgan Cazenove. Citi, Lexicon and HSBC are acting for Saltaire.

Five-year credit default swaps on Kelda’s bonds reacted to the news by surging 45 basis points to around 80-90, according to market sources.

Yorkshire Water provides water and wastewater services to more than 4.7 million people and 140,000 businesses. The acquisition is expected to close by mid February 2008.

Following Kelda’s acceptance of Saltaire offer there has been a flurry of speculation about M&A activity in the UK water sector.

This prompted the UK water supplier Severn Trent’s chief executive Tony Wray to say the company had no “appropriate approaches” from takeover suitors, as the company delivered first half figures.

Wray said that his concentration was focused on “delivery of efficient services”, declining to comment on any potential interest in the company. “If we had any appropriate approaches then we are aware of our duties and we would have announced so,” Wray said.