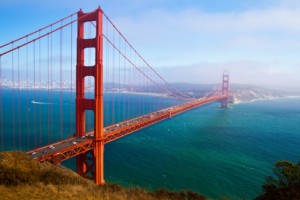 The $19.3 billion pension system also committed $25 million to DFJ Venture’s 12th flagship fund, which had raised around $350 million as of February 9, according to SEC filings. The system approved the January commitments in closed session.

Hong Kong-based Hillhouse’s website describes itself as among “the largest and best performing funds in Asia.” The firm reportedly set a $2 billion target for Fund III, though that could not be confirmed at press time.

Hillhouse expanded its reach into the U.S. market in recent years, including a partnership with the Mayo Clinic to bring healthcare solutions to the Chinese market. The firm’s founder, Zhang Lei, got his start in Yale University’s investment office. Various press reports indicate Yale’s endowment, headed by David Swensen, approved $20 million to $30 million of seed funding to help Zhang launch the firm’s debut fund.

In an April New York Times profile, Zhang said investing in China is “not for the faint of heart.”

“I’m seeing an uprising of Chinese entrepreneurs who are able to upgrade themselves versus the relatively slow-moving multinational companies,” he said.

San Francisco moved forward with the commitment despite investment staff’s general cautiousness about China’s economic prospects, according to an investment from Chief Investment Officer William Coaker.

“We continue to believe that China is in the midst of a necessary re-balancing of their economy from a heavy reliance on exports, low cost manufacturing, speculation in real estate, and an explosive growth of debt to higher quality of growth led by advances in retail spending, financial services, healthcare, innovation, and consumer and business spending,” Coaker wrote.

A San Francisco spokesperson could not be reached for comment at press time.

San Francisco had an 11.7 percent allocation to private equity as of June 30, 2015. The pension was well short of its 18 percent target for the asset class.