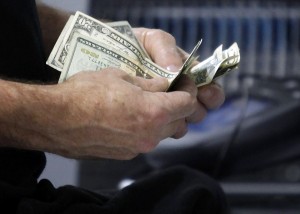 The total for private equity accounts for roughly 28 percent of the $19.9 million of fees San Mateo estimates went to external investment managers during the year, though a final tally won’t be assessed until private equity, domestic fixed income and real assets managers provide reports for the quarter ending on June 30, according to retirement system documents.

The $3.4 billion pension system had a 5.5 percent allocation to private equity as of June 30, 1.5 percentage points short of its target, according to San Mateo documents. San Mateo valued its portfolio at approximately $190 million as of the same date.

Chief Investment Officer Michael Coultrip did not respond to requests

San Mateo is a relatively new entrant to the asset class, with the weighted average age of its commitments hovering just south of 1.5 years, according to a private equity portfolio report included in its June meeting materials.

The retirement system established its exposure with $20 million of commitments to 2010 vintage funds, and has since committed approximately $69 million to private equity per year on average, according to Buyouts analysis of its portfolio.

The bulk of its portfolio exposure ($95.6 million) lies in buyout funds, with another $69 million of exposure to venture capital and debt-related strategies, according to the report. Approximately 70 percent of its exposure is to U.S. investments.

For a complete list of San Mateo’s fund managers, and their estimated 2014-2015 fees, see the accompanying chart.