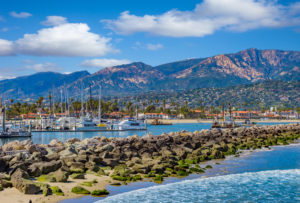 A heated marketplace has meant that many public pension funds are quickly reaching their annual commitment limits, with many also reupping with firms they have worked with multiple times before.

In a presentation before the Santa Barbara Board of Retirement, Paul Yett, a managing director at Hamilton Lane, stated that the fund plans on making two more $10 million commitments to unnamed funds by the end of July. This follows four already announced commitments at a total of $40 million.

That would bring total commitments to $60 million, just below Santa Barbara’s targeted range of $65 million to $85 million set by board policy. All six of the funds are with existing managers, according to Yett.

“We are rewarding managers that are performing by committing to their funds,” Yett said.

According to Yett’s presentation, purchase price multiples have steadied but deal activity has shown some softness in the early part of 2022.

“People are keeping an eye on interest rates. They’re asking, ‘What is it going to look like when we buy businesses? If there is interest rate risk, should we price this in,” Yett said.

But Yett added that the frantic pace of fundraising remains the same.

“Fundraising has not slowed down at all. There are so many managers out there raising funds that many LPs have to do triage. Some LPs have had to cut some managers on their capital allocations or are eliminating their business. We don’t have to get rid of a good manager in this portfolio, but others are doing that,” Yett added.