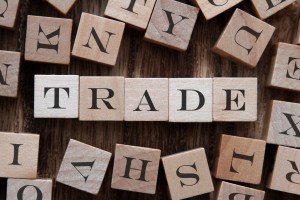 Savano Capital Partners, a Baltimore firm with a pedigree in both private equity and secondary venture capital, is on the fundraising trail with a target of $100 million to buy out shareholders in later-stage private companies.

Among its recent activities, the firm invested $5 million in DrFirst, a specialist in doctor-patient software and healthcare information technology. In October, Goldman Sachs Private Capital said it closed on $25 million in financing for DrFirst, while SunTrust Bank provided a $12 million credit facility.

A person familiar with the firm said Savano Capital may raise up to $125 million for its “very labor intensive strategy” of offering liquidity to individual shareholders.

The firm’s website describes the firm as a “new kind of investment fund” since it provides a way for company founders, angel investors, employees and corporate strategic investors to at least partly exit their investments.

Savano’s three-member investment team is made up of Tom Smith, Gus Koven and Mark Collins., according to the firm’s website.

Smith was co-founder of SmithDefieux Capital Partners, a specialist in direct secondary investments in venture capital. He also worked as a general partner with Mid-Atlantic Venture Funds.

Koven also worked at SmithDefieux after holding the title of managing director of Knickerbocker LLC’s private equity investment program. He was also a general partner with Edison Ventures.

In a testimonial on Savano Capital’s website, Todd Davis, CEO of publicly-traded LifeLock, said the firm provided much-needed liquidity to a co-founder of the company.

Savano Capital Partners II is listed as a venture capital fund in a Form D filing from late 2014.  The filing listed zero investors at the time. The Form D has not been updated since then.

The firm did not return emails.