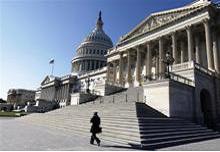 Senator Tammy Baldwin (D-WI) and Representative Sander Levin (D-MI) introduced identical legislation in the Senate and House to change the tax treatment of carried interest (S. 1686 and H.R. 4061). The Carried Interest Fairness Act would change the character of income that flows through to a partner of a private equity or venture fund. Congressman Levin has previously sponsored this bill in the House and Senator Baldwin garnered the support of 8 cosponsors. Most notably, Senator Elizabeth Warren (D-MA) and Senator Bernie Sanders (I-VT), a 2016 presidential contender, both signed on as cosponsors of the legislation.

In mid-May, Marc Wyatt, acting director of the SEC’s Office of Compliance Inspections and Examinations, delivered a speech which covered several issues that the SEC is continuing to look at in the private equity space. Wyatt announced the completion of presence exams in which the SEC examined 25 percent of newly registered private equity funds. Wyatt noted that expenses and expenses allocation has been the most common private equity fund deficiencies noted by the examiners and referenced co-investment allocation among investors as an important area that the SEC is focusing in on. Finally, Wyatt mentioned that over the next year the SEC enforcement division may bring additional actions, particularly involving undisclosed and misallocated fees and expenses and conflicts of interest.

The SEC released a new Proposed Rule on May 20, 2015, amending Form ADV and the Investment Adviser regulations for registered investment advisers (RIAs). Generally, all advisers to private funds (including those registered at the state level, exempt reporting advisers, or SEC-registered advisers) are required to submit Part 1-A of Form ADV. The proposed rule increases the amount of information collection on Form ADV, which may pose significant additional reporting burdens on advisers to private funds.

Both the House and Senate Small Business Committees held separate votes to push forward bipartisan legislation to increase the amount of leverage that an SBIC family of funds can draw from the Small Business Administration. The bill increases the amount from $225 million to $350 million, which is a statutory cap requiring Congressional approval to change. Final passage in the House and Senate is needed to send the bill to the president, which could come as early as this summer.