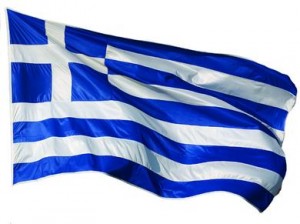 MIG, formerly Marfin Financial Group, will use the money raised to compile an investment portfolio of assets based in Albania, Bulgaria, Cyprus, Greece, Hungary, Romania, Serbia, Turkey and other selected countries such as Estonia, Russia and the Ukraine.

Dennis Malamatinas, chief executive, MIG, said: “We expect to deploy 80% of the capital in the first six months. This will include three big investments each above €1bn, ten medium investments above €500m and twenty smaller investments”.

The firm is looking to deliver a minimum IRR of 25% after fees and expenses, making private equity-type investments as well as backing privatisation and infrastructure projects. Malamatinas, formerly CEO of Burger King, says these investments will primarily be in the healthcare, leisure, hospitality, utilities and real estate sectors. The firm has already established a deal pipeline and expects to have invested a significant portion of its capital within six months.

Malamatinas is joined on the management team by Andreas Vgenopoulos, who previously helped to develop an investment strategy focused on restructuring and consolidation in the Greek and Cypriot banking sector. He will be acting as co-vice chairman at MIG. Ioannis Karakadas, Panagiotis Throuvalas, and Sayanta Basu are all executive directors of the company and members of the investment committee.

“The myriad of opportunities available in a number of the key South Eastern European emerging markets are perfectly suited to benefit from our team’s expertise and our financial structure,” said Malamatinas. “I am looking forward to working with the entire team as we build our business and I am particularly pleased to be working again with Andreas Vgenopoulos, whose business acumen and regional knowledge will provide MIG with superior competitive strengths.”

MIG has its origins in traces its origins to Marfin E.P.E.Y., an investment services company concentrating on Greek and Cypriot financial institutions in 2001. By December 2006 this strategy had helped to establish parent Marfin Popular Bank as one of the largest retail banking groups in Greece and Cyprus. In May this year, MIG sold its banking assets to MPB, freeing itself from banking regulatory restrictions on its future investment activities.