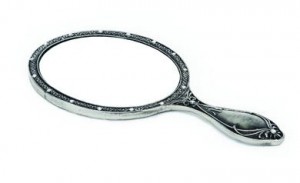 The plunge in public market equities has put the private equity (PE) industry into a quandary. At face value – or at least at the value that one can surmise from equivalent listed companies – many PE-backed assets are now worth just a fraction of the price paid for them in the go-go years of 2006 and early 2007.

But does this mean that investors in PE firms (alongside the firms themselves) are sitting on colossal losses, with every expectation of further losses to come as the downturn worsens? Or should everyone sit tight and remember that private equity investments are long term, that Rome was not built in a day etc.?

Part of the problem is that when the global financial crisis emerged in 2008, it was a lack of transparency from buyers and sellers of mortgage-backed assets that compounded the existing credit-based troubles, tipping vast financial institutions over the edge. For private equity funds to say ‘we don’t accept that the value of our portfolio companies should be measured by stock market prices – you’ll have to wait and see’ raises fears among the investor community. They want to see evidence that they are not being hoodwinked, just as so many investors have been in recent months.

PE firms were perfectly happy to measure their assets’ value by pointing to public equity prices in the good times. Now, of course, the same measurement is far less to their taste. As John Gripton, managing director of fund-of-funds Capital Dynamics puts it, “the situation is causing consternation among managers.” Spread of P/E multiples are anywhere from 6x to 16x, the question of legacy debts from the high bidding era of 2006 and 2007 is tricky to compute versus profits. How long will it take a company to repay these debts? Is that any kind of measure of value?

What no one can answer is how long and deep the current recession will be, and therefore how capable any company will be to repay debt. “Governments around the world seem to be determined to alleviate the symptoms of the recession,” says Gripton, “so companies’ survival depends on how long they can service their debt.”

Gripton can see an argument for returning to ‘at cost’ valuations of assets. “This would take away a lot of the debate, but it would be very difficult to go back to this. There is no doubt a correlation between public markets and private equity, even if there is a lag between them.”

The issue of ‘lag’ is exercising many minds in the industry. The more optimistic view is that share prices rise and fall, fall and rise, and that the current slough will bottom out in good time, allowing GPs to realise perfectly good exit prices through sales or public listings, just as has happened in the past.

Yet as a British Venture Capital Association (BVCA) spokesperson admits, some LPs are no longer satisfied with the idea that values can drift up and down, with little to cause them anxiety. “In the past, when GPs were reporting value to investors, there was little more than a cursory ‘this is the quarterly value’ and LPs were happy to cast an eye over it and carry on. Now, it is fair to say that LPs are taking more interest and looking with more scrutiny at the opportunity for an exit. The secondary market is available and presents an increasing opportunity for LPs to offload investments. We’ve seen a lot more activity. That’s why they’re paying more attention now, on behalf of their pensioners and others.”

Private equity firms argue that this is not a significant trend and that the great majority of LPs are satisfied both with their funds’ performance and their ability to ride through this difficult period and emerge on the other side in good shape. “We think the current valuation system is sufficiently robust and flexible,” says Philip Shuttleworth, finance director at ECI. He stresses that valuations must now use current year outturns, budgets and forecasts, rather than historical data, looking at comparable earnings from available transaction records, in addition to discounted cash flow (DCF) projections as a means of cross checking valuations.

“We realise that valuation is more subjective and harder than in the past,” says Shuttleworth. But his most recent experience – in mid-January 2009 – is that transactions involving PE-backed companies are realising higher EBIT multiples than publicly quoted companies and that although investors are quite rightly keen to be appraised of current values, whether to comply with international reporting standards or for other reasons, they still consider private equity as a good long term option.

“Whilst exit price is still arguably the most important figure for a private equity fund, this is not necessarily the case for investors in the fund who…may contemplate negotiating an early exit with the GP,” states a recent report on fair value from Argentius Fund Administration. “We don’t think that statement reflects the private equity investor community,” says Philip Shuttleworth at ECI.

The community has yet to make its collective feelings known on the subject.