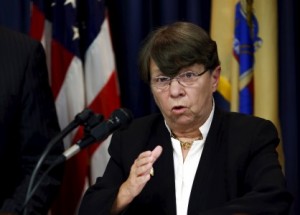 This specific issue falls under the category of “favoritism,” which is explained as “favoring certain clients or funds or favoring certain investors without proper disclosure,” according to a January 2014 SEC presentation.

An example under “favoritism” in the presentation was “improperly giving mezzanine/lending business to favored investors.” The agency also cited primary commitments made to support a secondary or co-investment business.

One source confirmed the SEC has been taking an active look at GPs that use LPs as mezzanine lenders, but it’s not clear if the agency has singled out any firms. Judith Burns, a spokeswoman for the SEC, declined to comment.

Sources stressed that the practice is not inherently wrong. The SEC wants to make sure all LPs in a fund are aware that certain LPs have the benefit of an enhanced relationship with the GP, sources said. This is also the case for co-investments — the SEC wants firms to have disclose who is offered co-investments and why.

“The SEC doesn’t really care who the PE firm picks for borrowing, but does care a lot about improper disclosure and the fact that some LPs have been getting better deals than others without it being disclosed,” said a source with knowledge of the practice.

One concern is that a firm with a large insurer as an LP might give that institution first look at its deals and potentially choose to work with the institution even if it’s not offering the best price, the source said.

This becomes especially relevant for firms who have a hard time raising their next fund. Getting a big institution as an early investor in the new fund can help illustrate to other LPs that the fund has a significant name behind it, the source said.

Some big insurance companies look for LP relationships as a way to bolster their mezzanine businesses — much like big investment banks enter LP relationships with large funds to try and get a slice of their deals.

GoldPoint, for example, touts its “Core Partners” program, which is focused on creating returns through limited partnership investments, and “a source of high-quality, proprietary deal flow for the direct equity co-investment and mezzanine business.”

Numerous middle-market GPs have LPs who also participate in their deals through mezzanine investments. The list, according to financial documents from Northwestern Mutual and Babson Capital, includes Arsenal Capital, Blue Point Capital, Centre Capital, The Riverside Company and Welsh Carson Anderson & Stowe, among others.

For example, Northwestern Mutual is an LP in Arsenal Capital Fund III. The company also invested $1.6 million of mezzanine in the Fund III acquisition of Certara in 2013, according to an investment breakdown from the company. Chris Tofalli, a spokesman for Arsenal, did not respond to a request for comment.

Arsenal does not specifically mention mezzanine investments in its Form ADV, which lays out its co-investment policy. The policy says the firm offers co-investments (which under some definitions can include mezzanine) to LPs “with the knowledge and experience in financial and business matters necessary to make them capable of evaluating the merits and risks of the prospective investments,” according to the document.

Another example involves Babson Capital and The Riverside Company. MassMutual is an LP in Riverside Capital Appreciation Fund V, and Babson participated alongside the fund in the acquisition of DentalPlan.com in 2012, according to Buyouts research.

Graham Hearns, a spokesman for Riverside, did not respond to requests for comment.

Riverside’s Form ADV does not specifically lay out rules around LPs who kick in mezzanine debt into deals, but it does talk about co-investment rights.

Some insurance companies choose not to get involved in providing mezzanine to GPs whose funds they are LPs. One private equity professional at an insurance company said the situation can be rife with conflict.

“If I’m supplying mezzanine and the deal goes bad, I have to sit in the room and negotiate against my sponsor who I think is a great sponsor,” the insurance professional said. “You get into an adversarial relationship if things go bad. You are now not aligned.”