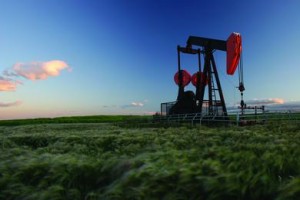 Private equity firms Charterhouse, Bain Capital, Warburg Pincus and Hellman & Friedman are understood to have submitted offers in the second round of the Wood Mackenzie auction.

Reports suggested that troubled private equity firm Candover Investments was anxious to push through the sale of the Edinburgh-based research and consulting firm, in a bid to raise cash in advance of “key tests” of its covenants at the end of June. This follows the firm’s bleak statement on March 2 saying that it was writing off key investments and looking at a range of strategic options.

However, in an emailed statement this week Candover denied that it faced any problems with its covenants, saying: “Candover is compliant with its covenants and expects to be so throughout 2009. To the extent that anything changed on that front, we would have to inform the market with immediate effect.”

Candover Investments is the listed parent of Candover Partners and is a cornerstone investor in its funds. If it succeeds in selling one or two of its assets, the company should meet its covenant tests, said Iain Scouller, an analyst at Oriel Securities.

“They are going to get a lot of cash in, and the cash will give them headroom in terms of their bond covenant,” he said.

If Candover sells Wood Mackenzie for its estimated price tag of somewhere between €650m and €750m, as much as 17 times Ebitda, it will achieve an IIR of 50% – its having put about €165m into the company, and with €92m already extracted in dividends. This would generate about £40m of proceeds for Candover.

In fact, Candover’s recent record on realisations isn’t to be sniffed at. Its last realisation, of Norwegian cable operator Get, sold to Quadrangle Capital Partners and GS Capital Partners in November 2007, generated an IRR of 50% and a 2.2x money multiple. Bureau van Dijk, another business information publisher, sold a few months earlier to Bureau van Dijk for an undisclosed sum, made 2.3 times its original investment.

Candover recently said that more than half of its 18 portfolio companies were trading above budget in Q1.

Other assets on the block include Candover’s minority stake in German publisher Springer Science and Business Media, and its €7m investment in French private equity firm Ciclad.

It is clear that Candover’s problems stem less from its investment strategy than its funding structure. The former is linked to the latter in as much as realisations fund commitments to new vehicles, and a shift from £162m of proceeds in 2007 to £47m in 2008 undoubtedly had an impact.

A £160m bond in 2007 and a now abandoned €1bn (over) commitment to Candover’s 2008 fund seem pure folly. Mistakes made in the shop window may have doomed the entire enterprise.

As well as selling various assets, Candover is also understood to be considering an outright takeover or tapping existing shareholders through a rights issue.

Eurazeo is reported to have walked away from takeover talks with its UK rival. Neither Candover nor Eurazeo would confirm whether the French-listed private equity player had been involved in talks with Candover, although a spokesperson for Candover said “the whole process is ongoing”.