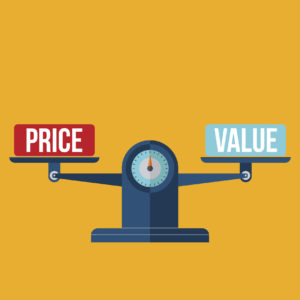 Buyers are increasingly backing away from single-asset secondaries deals that price the target company based on valuations set through an earlier minority stake sale, according to fresh research from Lazard.

Externally set valuations in secondaries deals became popular in 2020 during a rush of GP-led transactions as managers sought to hold companies longer, and source fresh capital, as markets emerged from the pandemic shutdown.

Externally set pricing allows single-asset deals to move faster and are generally trusted by buyers and sellers as a market valuation. The alternative is pricing set through an auction process.

In an externally set pricing arrangement, the value of the asset is determined during a preceding minority stake sale in the company. More recently, however, these valuations set months ago have had to be negotiated downward as markets declined.

Many lead secondaries buyers prefer the auction process, and their own price discovery assessment, on deals, sources have told Buyouts in past interviews. Buyers want to show their own investors that they do their own valuation work, and many times buyers may be looking for more of a discount on an asset.

“You’re very much a price-taker when that happens,” according to one buyer in the secondaries market. “In many ways, there’s no lead investor in these types of deals … the price is already set.”

GPs tend to like externally set pricing as it represents a market-based mark. “I understand why some sponsors pursue minority stake sales. It allows them to tell their LPAC, ‘we have a third-party price from truly a third party and not someone who is going to be an LP in the continuation fund.'”

“They can demonstrate they ran a true process of third parties,” the buyer said.

Lazard, in its 2022 first-half secondaries survey, found that 53 percent of buyer respondents said they were avoiding GP-led deals where the price was externally set, compared to 31 percent in the first half of 2021.

GP-led deals with externally set prices remain a minority of transactions in the market, with most pricing set through an auction process with a fair value opinion, sources have told Buyouts.

“From the survey, the investor base was telling us they have a preference for deals where the secondary market is responsible for the pricing of the assets,” said Holcombe Green, global head of private capital advisory at Lazard. “If you’re an investor, you want to set your price for an asset, you don’t want to be told what the price is.”

Some headline-grabbing large single-asset deals were priced externally, which created the impression that most GP-led deals were priced off of external M&A sales, sources said. Deals included Clearlake Capital’s deal for Ivanti, which closed in 2020, and Warburg Pincus’s single-asset process for Duravant, which has been struggling through the market this year.

Single-asset deals remain popular ways for GPs to hold certain assets for longer than allowed under traditional PE fund structures. GP-led deals like single-asset processes represented a majority of the volume in the first half, though taking less deal flow than last year as LP portfolio sales surged.