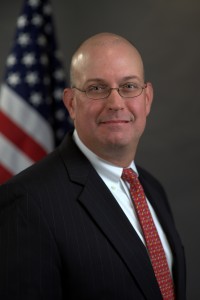 In particular, the SEC sees issues around expenses and transparency in co-investments, said Wyatt, acting director of the Office of Compliance Inspections and Examinations.

“Many managers still seem to take the position that if investors have not yet discovered and objected to their expense allocation methodology, then it must be legitimate and consistent with their fiduciary duty,” he said in a speech to about 150 industry pros at Private Equity International’s Private Fund Compliance Forum 2015 at the Westin Times Square.

Wyatt’s talk came one year after his predecessor, Andrew Bowden, appeared at the same event and said the SEC had found “violations of law or material weaknesses in controls” more than half the time.

One practice under scrutiny by the SEC involves shifting expenses away from parallel funds created for insiders, friends, family and preferred investors to the main commingled flagship vehicles. “Frequently, operational expenses, broken-deal expenses, and even the formation expenses of the side-by-side vehicle are borne by investors in the main fund,” Wyatt said. “Some of these expense items are small, but some, such as the broken-deal expenses of an active fund, can be quite large. This practice can be difficult for investors to detect, but easy for our examiners to test.”

The SEC has also been dedicating resources to co-investment allocations, which have become more prominent in the industry.

“We have detected several instances where investors in a fund were not aware that another investor negotiated priority co-investment rights,” Wyatt said. “Allocating co-investment opportunities in a manner that is contrary to what you have promised your investors can be a material conflict and can result in violations of federal securities laws and regulations.”

He called on private equity firms to have a robust and detailed co-investment allocation policy shared with all investors.

“I am suggesting that all investors deserve to know where they stand in the co-investment priority stack,” he said.

Another area of concern: dry powder.

“Current levels of dry powder and transaction multiples make me worry that, at some point, the markets will start to recede and that the outgoing tide may reveal disturbing practices which will need to be addressed,” Wyatt said. “Issues such as zombie advisers and fund restructurings may again come to the fore as we move through the business cycle.”

Recent efforts by the industry to offer vehicles to retail investors are also catching the interest of the SEC.

“Certainly as private equity eyes the coveted and untapped retail space, full transparency is essential,” Wyatt said. “It will be particularly important that retail investors understand the fees they are paying, the conflicts that the advisers might face, and other risks inherent in the private equity model.”

“While the growth of the industry is a function of the free market, the business cycle, and the robust exit environment, it is not unreasonable to infer that greater transparency is fostering greater trust from investors and helping the industry to evolve and grow in healthy ways,” Wyatt said.

While his office doesn’t handle the formation of the SEC’s policy or enforcement of policies, Wyatt said more enforcement action by the agency is in the work around undisclosed and misallocated fees and expenses, as well as conflicts of interest.

The SEC is now shifting toward its traditional method of risk-based examinations triggered by various screening tools it deploys.

The way for a PE firm to get the SEC out of its office as quickly as possible is to cooperate, Wyatt said.

Separately, Igor Rozenblit, co-head of the Public Funds Unit in the SEC’s Office of Compliance Inspections and Examinations said May 13 at a speech in Washington that the agency is studying so-called stapled secondary deals with LPs.

The SEC’s scrutiny of stapled secondaries is part of its broader examination of registered private equity firms, which have turned up various questionable practices around fees and expenses.

In one recent move, Fenway Partners alerted LPs that it had received a Wells Notice from the SEC in early March. The notice signals a possible, but not imminent, enforcement action by regulators, with time given to recipients to challenge allegations.

The SEC informed Fenway that it was looking at various issues, including payments made by portfolio companies to Fenway Consulting Partners LLC.