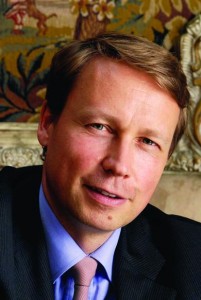 The technology incorporates a tracking system, a delivery network, and scanners and hand-held personal digital assistants at every Kiala point – of which there are over 4,700 across Europe, including newsagents, dry cleaners and petrol stations – which lets customers keep track of their deliveries and receive text, email or telephone alerts when it arrives.

was co-founded in 2000 by Denis Payre, who is also the president of the company. Payre. Payre is regarded in many quarters as one of Europe’s best technology entrepreneurs. He co-founded and was chief operating officer of Business Objects, the joint French and American software company that became the first European company publishing software and the first French company to enter NASDAQ, and was later sold to the German business software giant SAP for €4.8bn.

The €26m it raised in this, its fourth funding round, brings the total amount of VC backing it has received to over €50m according to Thomson Financial. Its start-up backers included Part’ Com, Digital Venture III, Deficom Group, and LogiSpring Investment Fund. Since then it has raised money from CDC Entreprises II, AGF Private Equity Holding, XAnge Capital, HarbourVest and now SEP.

Andrew Davison, a partner in the IT group at SEP said: “Kiala is an exciting investment opportunity for SEP. The company’s president Denis Payre is one Europe’s most experienced technology entrepreneurs and he heads a first class team with a track record in delivering on ambitious growth strategy. Online purchasing from consumer shopping to spare parts delivery is increasing every year. We believe Kiala can become the number one solutions partner in Europe for getting goods to customers when and where they need them.”