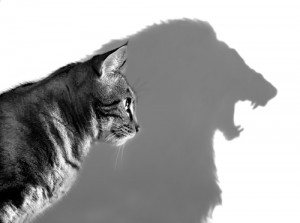 The so-called “shadow capital” estimate is more than double the annual average of $63 billion between 2009 and 2014, according to the firm’s quarterly research update.

“These commitments provide managers with lower fees than those on classic funds, or in the instance of direct investment — where investors bypass managers altogether — no fees,” Triago said.

While capital commitments to private equity funds are routinely released by many data providers in the industry, less is known about investments outside of the traditional fund structure.

Triago first included shadow capital estimates in April, followed by a more comprehensive effort to track its growth over the years, according to a spokesman for the firm.

If the projection is realized with hard fourth-quarter data, 2015 would rank as the highest annual amount since 2008’s record of $557 billion, Triago said. Another top year was 2007, when $508 billion was raised.

“Measured by the sheer volume of capital earmarked for private equity investment this year, the asset class has never been healthier, or more competitive,” according to Triago’s November 2015 quarterly.

Distributions from private equity realizations continue to drive fundraising. Through the third quarter, GPs paid back $392 billion to their LPs from dividend recapitalizations and the sale of portfolio companies.  That’s ahead of the pace in 2014, which measured $359 billion through the end of the third quarter.  In the first three quarters of the year, GPs returned $138 billion in net cash, compared to $156 billion for all of 2014, Triago said. 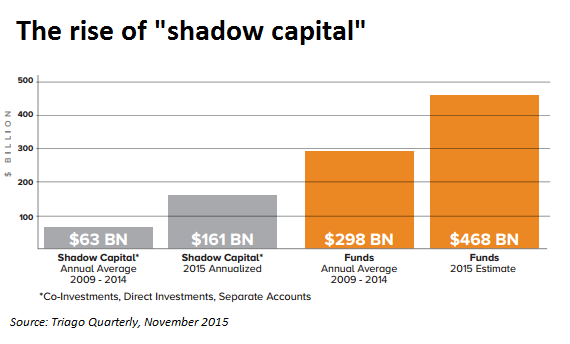