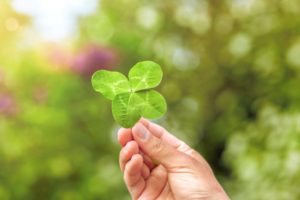 Shamrock Capital Advisors is targeting $400 million for its latest intellectual property fund, according to a Form D fundraising document.

The Content strategy is designed to “acquire or finance existing entertainment intellectual property rights across the diverse group of assets that have been through their initial window of release,” according to Shamrock’s website. These include filmed entertainment, television programming, music publishing rights, recorded music masters and video games, among others. The investment size is $5 million to $50 million. The firm makes control or minority investments.

Shamrock closed its inaugural Entertainment IP Fund in 2016 on $250 million, according to the firm’s website. A source with knowledge confirmed this fund was the first Content fund.

Principal Patrick Russo runs this strategy for Shamrock. He joined the firm in 2014 to build it out. Other members of the fund’s team include Jason Sklar, Andrew Landenberger, Nick Khoury, Tara Bereche, Kun Shu, Peter Rivera and Melissa Beam, according to Rhode Island documents.

As of September 30, Fund I had committed $164 million across 12 transactions. Seven investments were in television and film, totaling $77.4 million. Five were in music, totaling $86.6 million. Prominent acquisitions of the fund included 100 percent ownership of Spyglass Entertainment’s library, which consists of 15 films, including The Sixth Sense.

The fund’s carry is 20 percent, with an 8 percent hurdle. Shamrock and its staff will invest at least $5 million in the fund itself.

Los Angeles-based Shamrock was founded in 2010. It is a spin-out of Shamrock Holdings, the family office of Roy Disney, the nephew of Walt Disney.

Shamrock did not respond to a request for comment.

Update: this story has been updated with confirmation that the EIP Fund and the Content Fund I were the same entity.