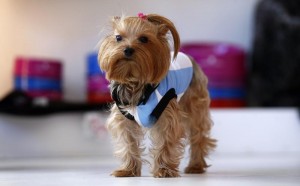 “We’ve been working on the vet space for more than a year now and the industry dynamics are particularly compelling,” said Justin Ishbia, managing partner of the Chicago-based firm. “It’s highly fragmented. The top six players in the U.S. make up less than 5 percent of the market.”

Southern Veterinary Partners marks the first platform investment from Shore Capital Partners Fund I, which this year closed on $112.5 million, ahead of its $100 million target.

Shore hopes to add up to 30 locations for Southern Veterinary Partners over the next two years. In particular, it will target veterinary companies with $1 million to $5 million in EBITDA, where it believes it can pay 4x to 6x EBITDA, as opposed to companies with $5 million in EBITDA and above, which typically command prices of 10x EBITDA, Ishbia said.

All told, Shore plans to close two to four platform deals a year, with each platform drawing an equity investment of about $15 million to $20 million.

To pursue the roll-up strategy, Shore teamed with Southern Veterinary Partners CEO Jay Price, a veterinarian. It bought the Birmingham, Alabama-based veterinary company by developing a relationship with Price instead of through an auction.

“We look for sub-scale businesses that need infrastructure enhancements,” Ishbia said. “We bring those components in that allow them to grow.” Shore plans to invest in Southern Veterinary Partners finance, accounting, human resources, information technology, sales and marketing infrastructure.