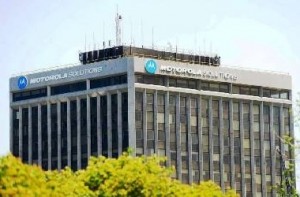 Motorola Solutions, whose shares were up 6 percent in early trading on Wednesday, also said it planned a $2 billion buyback.

The investment is one of the largest ever by Silver Lake, which led a $24.9 billion deal to take Dell Inc private in 2013.

The private equity firm will buy $1 billion of convertible senior notes due 2020 with an initial conversion price of $68.50 per share, Motorola Solutions said.

Silver Lake will also get two board seats when the deal closes. The board currently has eight members.

Motorola Solutions, which had a market value of about $12.6 billion as of Tuesday’s close, said it expected the investment to boost its business that includes video monitoring, data analytics and content management for “smart policing”.

The business accounted for 3 percent net sales of the company’s services unit, which in turn represented 35 percent of overall net sales in 2014.

Raymond James analyst Travis McCourt said the funds from Silver Lake could also be used to make strategic acquisitions, while Northcoast Research analyst Keith Housum wondered whether the deal was a precursor to an eventual move to go private.

The company’s major customers include police and fire departments as well as other government agencies whose budgets have been squeezed in recent years.

Bloomberg reported in April that the company had failed to find a buyer after putting itself up for sale.

Up to Tuesday’s close of $60.22, the company’s shares had fallen about 10 percent this year.