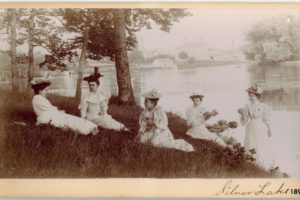 The next mega-fund behemoth is heading to market soon.

Fund VI could target around $15 billion and raise as much as $18 billion to $20 billion, three of the sources said. At that amount, the fund will be the largest such investment pool dedicated solely to technology investing.

Thoma Bravo is expected to start raising its 13th flagship pool this year with a potential target of $15 billion, a limited partner with knowledge of the firm told Buyouts, confirming an earlier Bloomberg report.

Silver Lake closed its last flagship fund on $15 billion in 2017. Fund V was generating a 12.04 percent internal rate of return and a 1.1x multiple as of June 30, 2019, according to performance information from Washington State Investment Board.

Performance of other Silver Lake funds as of June 30, 2019, according to Washington State:

Silver Lake’s first fund closed on $2.3 billion in 1999. The firm was formed by Glenn Hutchins, a former Blackstone Group executive, along with Integral Capital Partners, which was 50 percent owned by Kleiner Perkins at the time, giving KPCB a 12.5 percent stake in Silver Lake; James Davidson, a former investment banker at Hambrecht & Quist; and David Roux, a former executive vice president at Oracle.

A spokeswoman for Silver Lake declined to comment Tuesday.