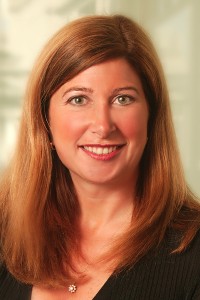 Settlement talks have broken down between three partners of San Francisco-based venture firm VSP Capital and one of those partners has thrown gasoline on the litigation bonfire.

Former VSP Managing Director Matthew Crisp filed a counter complaint June 9 in the Superior Court of San Francisco against VSP General Partners John Hamm and Joanna Rees-Gallanter, who are presently co-managing the investments from VSP’s second fund for a combined salary of $1 million per year.

After raising three funds over 10 years, VSP came apart last year, the apparent victim of infighting among its partners. The firm’s limited partner advisory board then pulled the plug on its $185 million third fund and Rees-Gallanter and Hamm sued two of the firm’s former managing directors, Crisp and Vince Vannelli, in September 2005. That suit accused Crisp and Vannelli of breach of fiduciary duty, constructive fraud, and misrepresentation.

Vannelli, who counter-sued, settled with Rees-Gallanter and Hamm last year. (He is forbidden from talking about the terms of settlement.)

Crisp, on the other hand, was unable to find common ground with his former partners after months of mediation before Judge Daniel Weinstein of San Francisco. Crisp told VCJ that he had no choice but to file a counter complaint. His suit seeks damages from Rees-Gallanter and Hamm and takes the allegations in Vannelli’s counter-suit to a far more specific level.

Rees-Gallanter emailed the following to VCJ in response to a request for comment:

“I am leaving it to my attorneys to respond directly to this filing but wanted to react to the general substance of your inquiry. John and I were more than willing, and in fact, made a significant attempt to work through a structure at the firm that was comfortable for all. We are confident that our professional practices reflect both the best interests of VSP Capital’s Limited Partners as well as VSP Capital and this will be born out through the further scrutiny of the legal process.”

Reached by phone in Chicago, Crisp said: “Their harassment is relentless. They had a process server come to my home to serve my wife with a deposition subpoena. Deb is eight months pregnant and the last thing she needs is to be hassled by Joanna, John and their lawyer. What possible benefit do they derive from upsetting my pregnant wife? If they really wanted to talk to her about why I resigned from VSP, they could have done that six months ago, not two weeks before her due date.”

In his suit, Crisp claims Rees-Gallanter and Hamm retaliated against him for resigning from VSP’s third fund which closed in early 2005. His departure triggered a key-man provision and allowed that fund’s limited partners to vote to liquidate the fund.

The suit alleges that Crisp learned of an extramarital relationship between Rees-Gallanter and Hamm, which predated Hamm’s hire at VSP. Crisp insisted that they inform VSP’s limited partners about the relationship.

When they refused, Crisp resigned from fund III, then Rees-Gallanter and Hamm retaliated by firing him from his position as a managing director of VSP’s second fund, a $195 million vehicle raised in 2000, according to Crisp’s suit.

The suit claims that Rees-Gallanter and Hamm have caused Crisp to lose “in excess of $13 million in direct compensation, profit sharing and return on investment.”

Vannelli made a similar allegation in his counter-suit last October, but Crisp goes further. His suit alleges that “Rees-Gallanter and Hamm were privy to information that Truveo would probably be purchased within a relatively short period of time for at least $30 million, before they were told to auction off VSP III’s assets. They also knew that the limited partners had acquired the interest in Truveo for $750,000 and that a very large profit would be made by the holder of the interest in Truveo. With such knowledge, and with an intent to obtain Truveo at or below cost … Rees-Gallanter and Hamm failed to publicize the auction of the assets to prospective bidders, actively discouraged bidding by interested parties, prevented prospective bidders from making inquiries into the subject companies, and conspired to keep the sale price down.”

America Online bought Truveo, a video search startup, in January for $50 million. Crisp’s suit claims that by selling Truveo Rees-Gallanter and Hamm made a net return on the investment in excess of $9 million.

• That Rees-Gallanter and Hamm used VSP Capital assets for their personal use and gain. It claims they used VSP money to pay for a ski vacation with their children to Park City, Utah, and for “an interest in a private jet, an investment of approximately $250,000, which [Hamm] proceeded to use to transport himself and friends on golf junkets.”

• That after Crisp resigned, “Rees-Gallanter and Hamm prevented Crisp from collecting his personal possessions at the firm’s office. Rees-Gallanter ordered that his card key be deactivated, thereby denying access, even though he was still a member in good standing in VSMCII. Rees-Gallanter then took possession of Crisp’s personal possessions, including his computer, and reviewed all of his emails, business and personal, with the intent to find material with which to disparage his reputation in the venture capital community.”

• That “Rees-Gallanter and Hamm knew that Crisp and his wife were struggling in their marriage, and were undergoing marriage counseling, and announced their intent to ‘go after Matt’s marriage.’ Personal emails, in which Crisp had a reasonable expectation of privacy, were distributed among the staff at the management companies by Rees-Gallanter. Thereafter, Rees-Gallanter made a series of telephone calls to persons affiliated with the management companies and the funds, to read the Crisp’s personal emails in an effort to disparage and discredit Crisp.”

• That “on or about May 6, 2005, Hamm met with Crisp and Vannelli, and suggested that the situation might be remedied by forcing Rees-Gallanter to leave VSP Capital and the management companies so as to mollify the limited partners of the funds.”