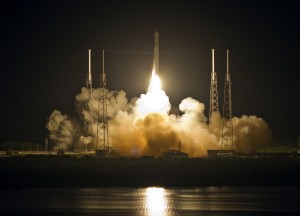 The fund had enough demand to raise as much as $3.8 billion, according to documents from the Los Angeles County Employees Retirement Association, which allocated up to $100 million to the fund.

Fund III will target investments of $150 million to $300 million among middle-market technology companies in the U.S., according to LACERA.

Siris raised $650 million for its second fund in 2012. That fund logged an IRR of 41.9 percent as of Sept. 30 for Illinois Teachers’ Retirement System, according to data compiled by PE data firm Bison.

The fundraise for Siris Partners III marks a busy period for Siris Capital. Recent deals include its $840 million acquisition of Digital River Inc, which is expected to close in the first quarter. In October, Siris closed its deal to buy Junos Pulse from Juniper Networks. In April of last year, the firm closed the acquisition of Stratus Technologies in a deal valued at $352 million.

To help with deals, Siris Capital on Jan. 7 named Sam Gilliland as executive partner to focus on tech investment opportunities and help execute business plans for portfolio companies. Gilliland previously worked for 10 years as the chairman and CEO of Sabre, the technology platform for the travel industry.