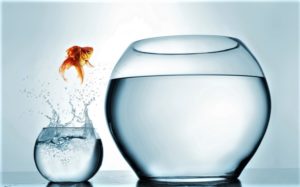 Sixth Street Lending Partners, the firm’s second vehicle structured as a BDC, is seeking $4.5 billion to $5.5 billion, a Connecticut Retirement Plans and Trust Funds report said. No hard-cap has been set.

Fund II was expected to secure about $1.5 billion last month, the report said, matching the total amount raised by Sixth Street Specialty Lending, its 2011-vintage predecessor. A second close on about $1.5 billion is expected in July, to be followed by a third later this year.

LP interest in private debt has grown with inflationary pressures caused by supply-chain issues, pent-up consumer demand and price swings linked with the war in Ukraine. As central banks move to tamp down inflation with rate hikes, many investors view the asset class as a potential source of steady income.

Fund II’s predecessor, which completed an IPO in 2014, supplies directly originated senior loans to US mid-market borrowers, some of them sponsored by private equity firms. It typically does deals of below $200 million.

Sixth Street created the strategy in response to demand from borrowers and sponsors to bring more capital into the “underserved” large-deal market, sources told Buyouts.

As such, Fund II will focus on businesses with values of at least $750 million and investment sizes of $200 million to $500 million, the CRPTF report said. Up to 80 percent of loans will be first lien floating rate credit, with flexibility for second lien, subordinated debt, equity and secondary credits.

While it is Sixth Street’s first direct lending vehicle dedicated to the upper-mid-market, Fund II builds on previous experience in the space. This was done by using multiple pools of capital, including Tao, a $26 billion cross-platform evergreen fund formed more than a decade ago.

Examples of prior large investments include Blueprint Medicines, a precision therapy company that develops treatments for people with cancer and blood disorders. Blueprint last month announced a $1.25 billion financing partnership with Sixth Street and Royalty Pharma.

In addition, the firm was in 2021 the administrative agent on a $975 million loan backing the $4 billion acquisition of Boomi, an integration platform for intelligent connectivity and automation. Boomi was sold to Francisco Partners and TPG by Dell Technologies.

Since 2011, Sixth Street has accounted for direct loan volume of roughly $17.1 billion, the CRPTF report said. As of December, combined activity was generating a 1.25x gross multiple and an 18.6 percent gross IRR. The average annual loss rate was 0.03 percent.

Fund II will be overseen by a senior team that includes Joshua Easterly, CEO of Sixth Street Specialty Lending. Easterly is also a co-founding partner and co-president of Sixth Street and a former executive with Goldman Sachs’ Americas special situations group.

Sixth Street, the one-time private credit arm of TPG, is in the market with several other funds. They include a second growth offering with a $3.5 billion target and an affiliated mid-stage offering that is seeking $750 million. It is also looking to replenish about $1 billion of the $12 billion raised for the 2020-vintage Sixth Street Tao Partners, Buyouts reported.

Sixth Street declined to provide a comment on this story.