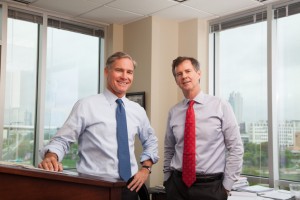 The Charlotte, North Carolina-based firm recently closed on its second fund with $118.5 million in commitments. “With our lead investors, we focused on raising a smaller fund to essentially minimize the time in market but also provide co-investment opportunities to our LPs,” said co-founding Partner Bob Calton. “The fund size will be larger if you factor that in. We think of ourselves as investing as if we are a $200 [million] to $250 million fund.”

The firm started out as a fundless sponsor back in 2006 and raised its first fund in 2012. It made five total investments before and after its first fund, two of which have been realized at a “very successful” multiple for investors, said Calton, who declined to be more specific.

Summit Park is on the lookout for lower middle-market companies with $20 million to $100 million in revenue and that are located in the mid-South, mid-Atlantic and Southeastern regions of the United States.

“We’ve found that we have an easy connection with people in this part of the country,” Calton said. “Given our location and the fact that most of us have spent our careers [here], we just have an ability to connect with entrepreneurs and management teams.”

Summit Park has launched a direct sourcing effort with an eye on companies in the test and measurement business, as well as the food, food ingredient and food safety sector, with the goal of completing one more deal this year, he said.