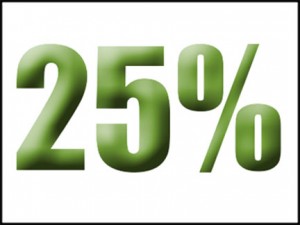 In addition to the relatively short fundraise, the effort was notable for at least two other reasons. Limited partners collectively wanted to commit nearly $10 billion to the pool, or close to triple the fund’s capacity, according to a source familiar with the effort. And KPS Capital offered investors a choice of two sets of premium economic terms, instead of the more conventional 2 percent management fee, 20 percent carried interest, and 8 percent preferred return.

Why were investors willing to pay KPS Capital more than they do other firms? Our source familiar with the effort pointed in part to the many institutional investors, such as California Public Employees’ Retirement System and German pension manager Bayerische Versorgungskammer, that have publicly said they’re looking to reduce the number of sponsors they work with.

To be sure, KPS Capital remains an outlier. The majority of North American buyout firms charge a 20 percent carried interest, net of fees and expenses, and nearly four in five have a priority return, according to the PE/VC Partnership Agreements Study 2014-2105, published late last year by Thomson Reuters.

Morover, limited partners have generally been in a strong negotiating position on terms over the last several years. In fact, some sponsors that famously moved to premium terms, like Bain Capital in the late 1990s, have had to become more accomodating, in part to attract investors for whom premium terms are a non-starter. In its latest North American fund, Bain Capital has offered investors a choice of three options—1.5 percent management fee, 20 percent carried interest and 7 percent preferred return (fairly conventional); 1 percent, 30 percent and 7 percent; and 0.5 percent, 30 percent and no preferred return. Buyouts earlier reported that about two-thirds went for the conventional terms, few if any for the middle choice. Another Boston shop, TA Associates, retreated from 25 percent to 20 percent on its 2009 eleventh fund, which closed at $4 billion.

But at the top end of the market, where sponsors have vastly outperformed their peers, the crush by investors to get slots in funds can be intense. And that has left a small percentage of sponsors in the driver’s seat when it comes to negotiating economic terms and conditions.

Among firms that charge premium terms are Atlas Holdings, a Greenwich, Connecticut-based turnaround specialist that earns a 25 percent carried if it can beat a hurdle rate of a 2.5x investment multiple net of fees; otherwise the terms are the conventional ’2 and 20.’ San Francisco-based Vista Equity Partners, the software specialist, can earn a 30 percent carried interest on its fourth core fund, closed in 2012, if it achieves a 3x investment multiple for investors. Sun Capital, the Boca Raton, Florida-based turnaround firm that charged a straight 25 percent carried interest on its fifth fund of $5 billion, has switched to a tiered carried interest for the successor, in the market with a $3 billion target, Buyouts has reported. With the tiered carry, Sun Capital has to beat a pre-determined benchmark to get a 25 percent carry. A source added that, with over 150 employees, the firm’s strategy is particularly resource-intensive.

Morri Weinberg, a partner at law firm Ropes & Gray who represents both general and limited partners, said that he negotiated terms with eight big buyout funds last year on behalf of one investor client. None broached the idea of charging premium terms. Still, Weinberg thought perhaps half a dozen to a dozen buyout firms are in a position to command them. When representing an LP in such a fund, he said he would try to negotiate a tiered carry in which the sponsor would first have to achieve a return of, say, a net investment multiple of 2.5x before getting a premium carried interest.

Weinberg believes conditions may be favorable for more sponsors to try to raise prices. He observed that “a lot of funds have been able to show more results” in the last few years given the healthier exit markets.

“If you’re making people happy that’s always a good thing. Maybe it softens them up a little bit.”

So, what kind of track record does it take to secure a premium carried interest?

Of course, the hurdle rates described above for Atlas Holdings and Vista Equity provide one clue. All told a dozen North American buyout firms participating in the PE/VC Partnership Agreements Study 2014-2105 said they had negotiated tiered carried interests, out of 49 firms that addressed the question. Of those that provided clear formulas, one said it received a 30 percent carried interest for generating returns above a 25 percent net IRR and 2.5x cash-on-cash-return for all fund investments; another said it received a 25 percent carried interest for returns above a net IRR of 15 percent.

Talks with three institutional investors, all of whom wished to remain anonymous given the sensitivity of the subject, suggest a relatively high bar. One investor called premium terms “sort of a non-starter.” He added: ”We’re not prone to look at extraordinary economic advantages back to the GP just because we believe they’re going to outperform.” A second investor said “there has to be a very good reason for it” and that the sponsor would probably have to offer a tiered structure in which it moved to a higher carry after returning, say, a 3x investment multiple to investors.

A third investor said she’d want a firm, fund in and fund out, to achieve on a relative basis top-quartile performance and to generate on an absolute basis an investment multiple of at least two times net of fees. In such a case she’d agree to a 25 percent or 30 percent carry. She said she’d be better off doing so, returns-wise, than backing a mediocre performer with conventional terms. “It would make sense to agree to it if we felt pretty comfortable that fund would be an outperforming fund,” she said. “The one-and-done funds can pretty much do whatever they want on terms, and the LPs don’t have much choice. Either you take their terms or you don’t get in.”

”There wasn’t one investor that even attempted to negotiate the terms,” said our source familiar with KPS Capital’s fourth fundraise. “The question was, how much of (the) fund do I get?”

(Correction: Buyouts earlier reported that few, if any, firms went for the middle option on Bain Capital terms. The original article said none did.)