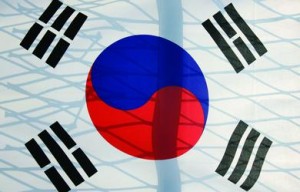 Do South Koreans want to have their cake and eat it? That could be the conclusion that international private equity firms and other financial players reach after watching the five-year Lone Star/KEB saga unfold.

Texas-based private equity firm Lone Star acquired South Korean bank KEB (Korea Exchange Bank) in 2003 for US$1.5bn. In the few years prior to the deal, a number of private equity investors had snapped up assets for discounted prices following the Asian financial crisis of 1997, selling them on at a rich profit.

By the time the Lone Star deal was agreed, public and governmental disquiet over the level of these profits, and the fact that they were not subject to capital gains tax, had grown to such a pitch that Lone Star very soon found itself under scrutiny for (amongst others) tax evasion, share price manipulation, bribery and political corruption, illegally transferring funds overseas and breaching foreign exchange rules.

For Lone Star, this was a shocking and unforeseen turn of events. It acquired KEB by paying a 16% premium above the stock market value of the company at the time, thereby saving it from imminent collapse, since no other investor was on hand to mount a rescue bid. It safeguarded jobs, provided funds and restructuring know-how and made KEB into a bank that would be an attractive target to a large international competitor.

And what did it get in return? The amassed hatred of a nation whose xenophobic sentiments have been little seen in recent years, but welled up alarmingly in this case.

“The Korean mentality, which is still burdened at times with a ludicrous form of nationalism, embarrassingly bucks the irreversible trend of globalisation,” according to Kim Wan-Soon, economics professor at Korea University in Seoul. “Curbing xenophobic sentiments and fostering an open society, problems in many parts of the world, are the most difficult yet fundamental tasks for the globalisation of the South Korean economy.” Although the government’s actions harm the commercial position of private equity firms, the most severe damage is to the country itself, says Wan-Soon. “Such xenophobia by the media and one-sided punitive actions by the authorities only damage the country’s efforts to reinvigorate FDI and become a financial hub.” Foreign investment in South Korea has fallen for three years in succession.

Despite a change of leadership in the country’s government, with more pro-Western President Lee Myung-bak winning power in early 2008, Lone Star has continued to face harassment and delays. It was threatened with fines for missing a filing deadline in August 2008, and then suffered the indignity of HSBC pulling out as a bidder for KEB, citing the current economic downturn. Lone Star has been trying to sell KEB for the past three years, first to Kookmin Bank for US$7.3bn and then to HSBC for US$6.3bn. It may now have to lower its sights to a block sale and return shares to investors.

The affair developed an international dimension when the chair of the Dubai International Financial Centre Authority and former chair of HSBC Hong Kong, David Eldon, warned the Seoul government that the situation had done “a considerable amount of reputational damage” to the country. “A country that wants to be a major player on the world economic stage cannot be perceived in any way as being unfriendly towards foreign business,” he told the British Chamber of Commerce in Seoul. “The reality is that few foreign investors are going to be attracted to an economy with a large legal question mark. I am concerned that Korea runs the very real risk of being marginalised in the minds of foreign investors.”

Domestic private equity firms in South Korea have had an easier ride. The largest fund, KTB Securities, has more than US$1bn worth of assets under investment and has posted annual returns in excess of 20% in recent years. Since 2004 it has made investments totalling US$870m in companies including semiconductor parts maker Siltron, audio tape producer SKM and handset maker Pantech & Curitel.

A law passed in 2004 specifically aimed to bolster local PE firms and thwart foreign investors, leading to the creating of a new wave of private equity firms, spun out of banks, brokerages and asset management companies. Most recently, international firms have turned away from South Korea due to unrealistically high valuations and a sharp appreciation in the local currency against the dollar, in addition to the risk of being thrown in jail if the government doesn’t like the amount of profits you are making.

“Private equity firms have needed to gather cash, so they have disposed of assets in Korea and they are diverting their regional investments to China,” says Jong Han Kim at international law firm Paul Hastings in Hong Kong. In their place, domestic firms such as MBK and KTB have expanded and now play a more active role in the country’s private equity markets.

South Korea’s political leaders have a delicate task in relation to private equity: they want to encourage foreign investment in order to improve their citizens’ welfare, but the citizens themselves are sometimes openly hostile to outsiders. The new president has promised to slow the privatisation of public companies and other economic reforms, which will not endear him to the wider financial community.