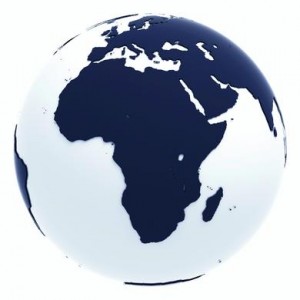 Sovereign wealth funds (SWFs) are not immune to bad markets. In the past 12 months, Alaska, Alberta, Ireland, New Zealand and Norway’s sovereign wealth funds have lost an average of 14%, with Ireland topping the table with a whopping 20% loss. SWFs are switching focus away from Western markets to protect themselves from further losses on Wall Street. In the second quarter of 2008 more than half of the SWF deals and funds invested were in emerging markets. SWFs carried out 26 deals and invested US$15bn in BRIC and non-OECD countries.

Sameer al-Ansari, chief executive of Dubai Investment Company, says: “Given the crisis we are in, governments have to use money wisely. That means investing in long-term projects for the good of our home countries and also looking outside the region to diversify, acquire, to buy strategic assets.”

One area where strategic assets are for sale and at a discount is in Africa. Mark Fung, general council of the China-Africa Development Funds (profile facing page), says: “Africa has seen a 40% reduction in asset values in the past year. It is definitely an area of investment opportunity at the moment.”

China isn’t the only country interested in African investments. Abu Dhabi-based Mubadala and Istithmar World, an investment arm of Dubai World, have invested significantly in Nigeria’s telecoms sector; power stations and oil and gas projects in Algeria, as well as in Guinea’s aluminium and oil industry.

The Libya Investment Authority (LIA), through the Libyan Oil Holding Company, has invested over US$300m in oil infrastructure in the Democratic Republic of Congo. LIA has, through various secondary institutions, also invested in diverse sectors in Gambia, Mali, Niger, Chad, Guinea, Togo, Liberia, Ghana, South Africa and others.

Robert Zoellick, president of the World Bank, says: “If the World Bank Group can help create the platforms and benchmarks for the investment of even 1% of the SWFs’ assets; it would draw US$30bn to African growth, development and opportunity.”

So what is changing in Sub-Saharan Africa to make it more attractive? Well, lots.

GDP growth has averaged 8% since 2004 compared with less than 3% in the last 30 years. Foreign reserves have risen from US$25bn in 1996 to US$150bn in 2007, and China has committed to investing US$20bn over the next five years (US$5bn from the China-Africa Development Fund).

The debt servicing of Sub-Saharan African nations has improved drastically in the past four years. In 2005 outstanding debt was over 100% of the regions GDP and more than 100% as a percentage of exports. In 2008 the debt was 25% of GDP and only 40% of exports. Credit ratings of Sub-Saharan African countries are also improving. South Africa has an A+ credit rating, Botswana has an A, Nigeria is a BB-, Ghana is a B+ and Uganda is a B. Nigeria, Cameroon, Lesotho, Namibia and Rwanda all have positive fiscal balances while South Africa and Botswana are even.

There not only seem to be new opportunities for investment in Africa but also for exits. In 2007, there were 17 equity markets in Africa compared with four in 1990. The combined market cap ex South Africa was US$250bn compared with US$58bn in 2000.

The recent popularity of Africa to SWFs can be an opportunity for emerging markets private equity funds. Out of a total of 51 SWF funds, about 52% are confirmed to be investing in private equity. Although the involvement of about 15% of SWFs in private equity is unknown, it is likely that about half of them invest in the asset class.

Sev Vettivetpillai, CEO of Aureos Advisors, a US$1bn private equity business which invests in over 50 emerging markets including Africa, said: “We have SWFs from South East Asia and Central Asia as investors in our funds and we also have SWF investment into our Africa fund. Emerging markets are not immune from the credit crunch but they are still the only part of the global economy that is going to be showing decent economic growth over the next year. There are plenty of countries and companies in the frontier markets that remain well insulated from the credit crunch.”

SWFs the world over are waking up to the investment opportunity in Africa, particularly Sub-Saharan Africa. China has made a huge investment commitment and many countries are expected to follow suit but not by offering aid. This time around SWFs are looking to the private equity investment model to make returns and increase living standards in Africa.