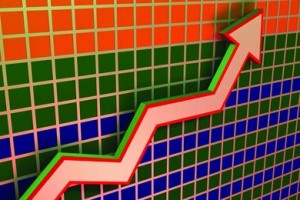 The world of finance is never more than six months away from its latest fad, its latest invention that purports to make investors more money than before, a bandwagon for everyone to hitch their horse to. More often than not of course these bandwagons crash and burn, some take a couple of years or so, others take less than 12 months (BDOs for example). This time last year the SPAC was being held up as an exciting new model for investors, a fancy cash-shell that uses the money it makes from listing on the stock market to invest in a specified industry, with the shareholders holding a veto over what investments are made and are able to sell their shares at pretty much anytime.

SPACs have had a mixed time of it over in the US since their revival last year. A lukewarm investor response put pressure on the management teams of the various SPACs under pressure to change the very attractive carry set-up, whereby managers owned 20% of the vehicle’s equity. There has been a move away from this large carry, with management now having to produce a return before they can get their 20%. As a result, it is fair to say that, although there are more SPACs registered in the US, those on London’s AIM have fared better, with all but one of the nine on AIM having acquired companies.

The amount of money they need to spend is challenging,” says Graham Defries, the ex-Weil Gotshal partner now at Dechert, of the requirement of SPACs to invest 80% of the fund into one company, a defining acquisition. “It needs to be made easier to do deals because at the moment it is particularly difficult when you are planning to invest in companies across different jurisdictions.”

The rise of SPACs has been hampered by a more cautious investor attitude, a consequence of the fall of Amaranth, the US hedge fund that managed to lose approximately €5bn in the space of a month. Risk managers were told to cut risk and not to take any unnecessary exposure, so it meant that investors pulled out their stocks.

The UK has seen a steady if unspectacular stream of SPACs, and Defries puts the success down to the AIM deals having good quality management teams compared to some of their US counterparts. A SPAC’s management team is crucial. An investor is putting its trust entirely in the hands of a few people who one, will not necessarily have any specific assets to target, and two, the board may not have a track record of buying companies and selling them on for a profit.

An example of an experienced management is India Hospitality, which launched in August. As its CEO it has Jason N. Ader, the CEO and founder of Hayground Cove Asset Management, a New York-based investment management firm with approximately €2bn of assets, for which India Hospitality will serve as an investment vehicle in, unsurprisingly, hospitality businesses in India. Ader is joined by a team that has, on average, approximately 13 years of experience in the hospitality, leisure, tourism, travel and related industries with a track record of completing large-scale acquisitions and minority investments in businesses competing in the sectors.

Such niche areas are, as yet, not catching the eye of private equity firms, and the mooted potential for competition between SPACs and PE has yet to materialise on a larger scale either, primarily because the companies SPACs are perusing aren’t generally of interest to the LBO guys. Instead it’s emerging that SPACs could actually provide an exit route for private equity firms seeking to obtain greater control over a company.

This is a practice that at least one hedge fund has employed recently: a fund has a significant minority stake in a business and wants to buy the remaining equity but can’t afford it (or doesn’t want the exposure). It will set up a SPAC, installing the management team and taking founder shares. The SPAC will then IPO and use the money raised to buy both the minority stake in a company owned by the hedge fund, and the remaining shares. It’s using the SPAC as an exit route while obtaining operational control of the target. Because the SPAC is listed, its shares can be bought and sold, providing liquidity (founder shares are subject to a three-year lock-in).

SPACs also present opportunities for private equity funds to work in conjunction with hedge funds. This would be applicable in situations whereby the target company is the subject of a bid by a buyout fund yet a hedge fund holds a stake, which cannot be acquired via a “squeeze out”. The hedge fund agrees to sell its stake to the PE vehicle on condition that it enters into a co-investment agreement. The SPAC, in which the hedge fund holds founder shares, raises money on its IPO and becomes a co-investor alongside the PE fund. Again, it’s far from common, but it has been done.

Private equity has so far declined to take either of these routes. Private equity funds generally take larger stakes in companies than hedge funds, making the idea of buying a controlling share in a business via a SPAC redundant in many cases. Hedge funds are usually limited in how much they can invest in illiquid assets, typically 15% to 20%, so using the SPAC route is a way of buying a company.

SPACs are all about backing a management team rather than a private equity team. Spencer Summerfield, head of corporate finance at UK law firm Travers Smith, says: “The whole structure is about incentivising management to make a company perform, as the carry is so generous, and this carry is not subject to any performance criteria.” None of the SPACs on AIM are private equity related with the exception of India Hospitality. For private equity, there is limited benefit in owning a company via proxy, especially when it comes attached to all the added baggage associated with an IPO and the public markets.

However, none of these factors mean that SPACs don’t represent interesting opportunities for private equity funds, particularly those at the smaller end, for doing deals. The fact that, to date, none have been completed says more about the recent re-emergence of the structure and the unpredictability of the stock market than it does about private equity’s stance on SPACs.

The success of those SPACs on AIM will inevitably mean we will see more, but a lot depends on whether they can steer clear of any increased regulatory burden. The volatility of the public markets will no doubt hamper development to an extent, but as a structure for investors, it certainly is attractive. There is a significant amount of money in the market at present and such vehicles could well prove enticing for private equity managers who fancy branching out on their own. The increasing presence of the bulge bracket banks, who have shown interest in listed acquisition vehicles, means that setting up a SPAC is a good way to source this money.

Ultimately it will boil down to whether private equity or venture firms want to use a structure that accesses the public markets to buy a company, and the SPAC story is still in its first chapter. The fact that there are a handful of instances where hedge funds have used such vehicles for their own ends will no doubt mean some firms will consider them as way of controlling a company without paying for it, but the fate of the SPAC rests in the hands of investors, and that fate is far from certain given the instability currently afflicting the stock market.

A special purpose acquisition vehicle is a listed vehicle managed by a team who use the money raised via listing the SPAC on the stock market to make acquisitions. With a SPAC, approximately 92% of the cash raised is placed in an inviolable trust earning interest. The balance is held for transaction. Management has to complete a deal the shareholders approve within 18 to 24 months or the SPAC is liquidated and the cash returned to shareholders. The management team initially holds a 20% equity stake, and cannot sell their shares for three years.

Shareholders have to vote before every acquisition is completed. If 20% or more of the shareholders vote against the purchase, it doesn’t happen. If less than 20% vote, the investment is completed but the dissenting shareholders have the right to withdraw from the SPAC, and receive liquidation preference to the amount held on the SPAC’s trust account plus any remaining assets. An investor’s downside is limited to a maximum of 8% of their investment until an acquisition occurs, and, after an acquisition is completed, the shares should trade at a premium to cash, in relation to market multiples for the acquired company’s sector, and the warrants should trade at a significant premium.

It’s typical for a SPAC to invest 80% or a significant amount of its fund into one company, one defining acquisition.