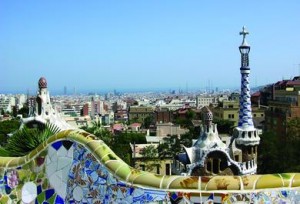 N+1 is considering launching a vehicle to invest in Europe’s debt markets after scrapping a €300m Spanish restructurings buyout fund and streamlining its business, according to general manager Inigo de Caceres.

The fund could be rolled out in the short to medium term, though Caceres would not detail its eventual size. “This is something we may consider in the near to medium-term future but there are no decisions yet,” he said from Madrid.

Meanwhile, N+1 has set up a team to invest in Europe’s debt capital markets at a time when many companies are desperate for financing.

The strategy follows the cancellation of the €300m fund that the firm had hoped to roll out in the second half of 2008.

“We didn’t even start the fundraising,” Caceres said, adding that N+1 decided to drop the fund to accommodate clients’ rising interest in taking positions in the debt markets. He denied suggestions that the fund had been terminated because of conflicts of interest with N+1’s growing corporate restructuring advisory services.

The new strategy follows a reshuffle at Spain’s largest independent private equity and investment banking firm, which has suffered from carnage in Spain’s buyout industry following the country’s deep recession.

The restructuring also saw vice president and founder Manuel Gil leave the firm, though he is expected to remain as an independent adviser for years to come.

Meanwhile, Prisa’s closely followed asset sale remains on track, according to sources familiar with the Spanish media giant’s plans to sharply reduce its liabilities by year-end.

One source said that the firm hoped to line up buyers for its Santillana book division and other businesses including Portuguese radio division Media Capital as soon as possible.

Possible bidders for Santillana include Bridgepoint, Apax Partners and UK media group Pearson, which is said to be in negotiations to buy a 30% stake for €360m. Cengage Learning, Oxford University Press and Infinitas Learning are also said to be interested in bidding for the whole firm, which analysts say could be worth as much as €1.3bn.