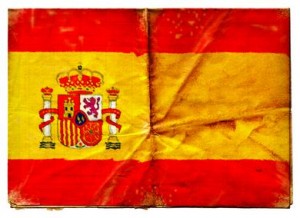 Spain’s private equity industry, which pulled off some stunning deals last year, is expected to perform poorly in 2008, hurt by dwindling funding sources and a stinging recession.

Indeed, the outlook is so bleak that some participants have forecast that investment levels will plunge by 53% after soaring to a record €4.3bn last year.

In this environment, it is not surprising that bulge-bracket deals are being postponed. Two eagerly awaited transactions – ’s €2bn to €3bn sale of supermarket chain and the €1bn-plus flotation of travel company – are now unlikely to be launched this year, according to local market participants.

Like the rest of Europe, funding pools for highly leveraged transactions have shrunk, scuppering big buyouts. But two other factors are also hurting the market – Spanish corporates’ unrealistic price expectations and a deepening economic recession, which is denting consumer spending and hurting corporate profits.

“Banks are no longer backing 100% of a large deal,” says Fernando Ortiz, a partner at , a fledgling mid-sized firm that recently launched a €250m buyout fund. “It’s almost impossible to find an underwriter for a transaction requiring debt over €150m–€200m.”

To foster deal-making, Spanish corporate values must come down, adds an executive from a Barcelona mid-sized buyout firm. “Financial resources are very constrained so unless companies lower their pricing expectations deals are not going to get done.”

Executives at large buyout houses agree. “There is a big mismatch between sellers and buyers’ pricing expectations and this needs to end or we won’t see too many deals coming forward,” says the managing director of a large foreign firm.

In pre-crisis 2007, investors were willing to pay 8–12 times earnings before interest, tax depreciation and amortisation (Ebitda) for a Spanish corporate while now they pay 6–8 times Ebitda, showing how much the market has deteriorated, executives point out.

“Right now, a deal worth eight times Ebitda or above should be a first class asset,” Ortiz says, adding that a multiple of eight would have been considered cheap before the crisis.

According to top industry lobby firm Ascri, private equity investment fell 44% to €634m in the first quarter of this year and could plummet by 53.9% over the whole year. That would mirror the €1.9bn committed in 2004 when buyouts were a relatively new phenomenon in Spain.

Last year’s €4.3bn investment was a record sum that prompted many to celebrate the coming of age of private equity in Spain. Back then, some predicted that 2008 investments would eclipse 2007’s as buyouts became an increasingly “fashionable” tool for wealthy families to hedge their money.

A private equity investor was also viewed as a viable option for a swelling number of small and mid-sized businesses or “pymes” to procure expansion currency in Spain’s booming economic days.

Though mostly shut for large deals, there is still funding available for pymes as banks (and cash-strapped buyout firms) are more willing to commit to deals that require less than €150m in debt.

Perhaps this is why all of 2008’s transactions have closed under the US$400m (€250m) mark, with First Reserve Corporation’s US$392m acquisition of fast-growing solar power firm Gamesa Solar leading the ranks.

In the first half, Mercapital also bought US pharmaceutical firm Bentley Pharmaceuticals’ Spanish assets for US$296m while Magnum Industrial Partners snapped up 80% of building materials firm Pretersa-Prenavisa for US$295m.

One deal that could take place in the coming weeks is the €100m acquisition of Spanish outdoor advertising firm , which attracted a flurry of interest from domestic and international buyout and advertising firms. The transaction could be “reactivated” soon with Madrid-based mid-sized house N+1 slated to buy the company after offering the best price.

But Redext seems like an isolated case. Even if they lower their pricing ambitions, observers expect the number of small and mid-sized buyouts to fall sharply in 2008.

Apart from the buyer-seller price mismatch, “debt prices have gone up 50%, leverage has decreased and while there is still capital out there, investors want to see the effect that the crisis will have on corporate results before making any bets,” Ortiz says.

Mainly for these reasons, the Dia and Orizonia deals are likely to be postponed until late this year or early 2009.

Dia owner Carrefour has been scrambling to offload the discount supermarket chain and is considering financing part of the deal to rush it through as retail valuations continue to fall in the wake of the credit crisis. Dia and Carrefour would not return phone calls. Rothschild, which is advising on the sale, also did not return messages.

Orizonia owners and are said to have frozen plans to float the travel company. The buyout giants, which bought Orizonia from Spain’s Fluxa family for €900m in May 2006, would not comment.

Another transaction that observers bet will be moved to 2009 is the €10bn IPO of travel group . In the spring, equity capital market bankers speculated that the listing could take place this year or in early 2009 as UK buyout firms BC Partners and Cinven worked to exit the company.

The investors bought the business for €4.3bn in 2004 in what was Spain’s largest and most controversial buy-out. They are poised to make a fortune from the transaction after adding “huge value” to the enterprise, according to local bankers.

While a slew of large buyout funds were launched in early 2008, the possibility that any additional vehicles will come to market has also diminished. This is despite Iame ’s unveiling of a €500m fund to invest in Spain’s growing luxury fashion and accessories sector, which is now being hammered by lower consumer spending.

The announcement came after much larger rival Magnum closed a €900m fund, slated as Spain’s largest, and N+1 wrapped up a €600m competing vehicle. Last December, Spanish bank BBVA also said it would raise a €500m vehicle this year.

Despite the gloom, Ascri executives say Spanish private equity groups have €5bn in their coffers to finance future buyouts. But given that Spain’s economy is braced for its slowest growth in a decade, it will be difficult to funnel that money into the right companies. “Right now, if we were to make an investment, it would be on a defensive basis,” says an executive at a small Barcelona buyout firm.