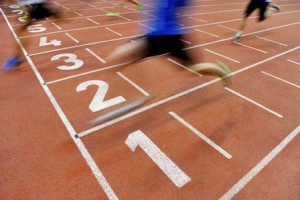 The firm, launched by veterans of Jesse.Hansen&Co [sic] and Black Canyon Capital, will take aim at lower-middle-market companies with up to $100 million in revenue in the consumer, business service and healthcare service sectors. The firm, based in San Francisco and Dallas, will have flexibility to focus on mezzanine debt, minority stakes or control investments.

Spanos Barber Jesse & Co said in a prepared statement it held a closing for the fund, but it did not say how much it has raised. It’s also not clear if the firm is continuing to raise capital for Fund I or if it has held a final close.

The firm’s three co-founders and managing directors, Gus Spanos, Tom Barber and Bill Jesse, have invested $500 million-plus into more than 30 companies, including Peet’s Coffee & Tea, The Wine Group, Design Within Reach and Logan’s Roadhouse, according to the prepared statement.

The trio’s deals have generated historic returns of 3x or better, Barber said.

Spanos Barber Jesse & Co is working on a couple acquisitions with plans to do 15 deals during a five-year investment period, Barber said.

Spanos led investing at Spanos Capital Group from 2007 until 2013. He also worked as a partner at Jesse.Hansen&Co, which changed its name to JH Partners. Barber worked on consumer and service deals from 2005 until 2013 at Black Canyon Capital, where he was a managing director and part of the founding team at the firm.