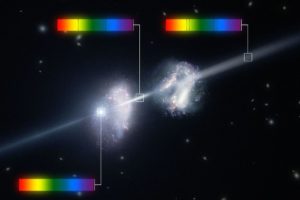 Spectrum Equity has one of the most in-demand funds in the market during the pandemic-fueled downturn, and the expectation is it will close above target without much of a problem.

The disrupted fundraising environment led to an unusual situation for Spectrum’s Fund IX, which is targeting $1.25 billion with a $1.5 billion cap.

The firm decided to hold an early first close for the pool after requests from a few large limited partners to lock in their commitments, sources told Buyouts. A first and final close had been set for May, one of the sources said.

“I’ve never seen that before,” said an LP who is committing to the fund. No one from Spectrum responded to requests for comment.

Accelerating a scheduled close is unusual at a time when the approval process for many LPs has slowed because of travel restrictions and remote working, according to a placement agent with no connection to Spectrum.

Firms in the past have had to delay first-closings for sluggish fundraising processes. But an early first close is unusual.

It’s not exactly clear why the LPs approached Spectrum for the early first close. But sources speculated they may have wanted to lock in their commitments to the fund before their investment committees shut down new investments.

Pennsylvania’s state workers pension board recently rejected a $50 million commitment to Sterling Group’s fifth fund after a discussion about concerns, including tightening liquidity. The commitment had been recommended by the pension system’s investment staff and consultant.

“Mostly you think of the GP rushing LPs along; LPs rushing the GP along is not that common,” said a fund formation lawyer with no connection to the fundraising. “Investors may be asking sponsors to close so that they didn’t have to go back and re-underwrite [the commitments] to their investment committees.”

The challenge is for LPs who are not ready to make the early close. This is especially relevant for LPs who are trying to understand the impact of the coronavirus downturn on firms’ portfolios. Performance numbers from the first quarter are just being published now, but most investors view these numbers as outdated and obsolete since they won’t capture the impact of the downturn. Second-quarter performance numbers that better reflect the downturn won’t be available until around the end of summer.

“Does that mean they’ll allocate the fund away from me because I won’t be ready to close then? Frankly I want to go through their portfolio to see what’s happening as the result of coronavirus,” said the LP who is committing to the fund. “They just released their year-end numbers, but they are meaningless.”

In an oversubscribed fund, getting bumped out of your preferred allocation, or even missing a commitment to the fund overall, is a real concern. This is made even more significant in an environment where most LPs are only looking to commit to specific funds, while they otherwise preserve liquidity.

Fundraising generally is considered to be a challenging prospect right now. LPs are concerned about liquidity and many are more concerned with defending their portfolios. Amid public market volatility, private investment portfolios that are not liquid ramp sometimes beyond policy target allocations, known as the denominator effect. This can eventually lead to institutions backing away from private equity to rebalance the allocation levels.

But some GPs, like Spectrum, Silver Lake, CD&R and Oaktree, among others, are expected to raise funds without much trouble.