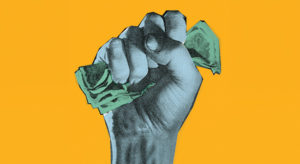 Spectrum Equity is raising a fund that will reinvest back into existing portfolio companies the firm is exiting, as a way to keep stakes in growing businesses, a source told Buyouts.

Several GPs like Insight Partners and TA Associates have raised capital to reinvest in their existing portfolios. The goal is to continue capturing growth while providing an option for limited partners in older funds to cash out of their interests in the companies.

“Venture capital and growth equity funds are doing this quite a bit as portfolio companies progress through various stages, raising additional rounds of capital, and wanting to retain and maximize their pro-rata rights for the benefit of their platforms, rather than cede to a later stage investor,” Andrea Auerbach, global head of private equity at Cambridge Associates, told Buyouts earlier this year about the general trend of GPs looking for longer holds.

Spectrum is targeting $300 million for the fund, according to a person with knowledge of the firm and a Form D fundraising document. Spectrum Select Opportunities Fund I will only target two to four existing companies, the source said.

The fund is only charging fees on invested capital, rather than committed capital, so LPs won’t be charged if the pool doesn’t invest, the source, an LP who has seen the fund pitch, said.

Spectrum takes growth positions in companies and so the Select Opportunities fund will allow the firm to keep larger growth stakes even after exiting. For example, if Spectrum has a 40 percent stake in a company, and sells half of that interest, the Select fund could buy up another 5 percent stake, the source said.

The risk for any continuation fund is that the target business has to continue growing, so investors “can grow into that valuation,” the source said, explaining that in general, tech firms are buying at high valuations. “If you don’t get that growth, you might have a hard time.”

Spectrum closed its most recent flagship pool, Fund IX, on $1.5 billion in a lightning-fast fundraising process, made more impressive because it closed in the depths of the pandemic downturn.

The firm, led by Christopher Mitchell, Victor Parker and Benjamin Spero, also raised its second overage fund, closing its Discretionary Overage Fund II on $150 million alongside the flagship pool, Spectrum said in a statement at the time.

Brion Applegate and William Collatos formed Spectrum in 1993, with its first fund launched in 1994. Applegate and Collatos stepped back from daily management around the time the firm raised its seventh fund, which closed in 2014.

Insight closed its first continuation fund, called Opportunities Fund I, on $1.56 billion in April, the firm said in a statement. The Opportunities fund targets reinvestments in companies from the firm’s 10th fund, Buyouts previously reported.

TA Associates closed its second Opportunities fund on $1.5 billion to reinvest in companies being exited by the main fund, Buyouts previously reported.