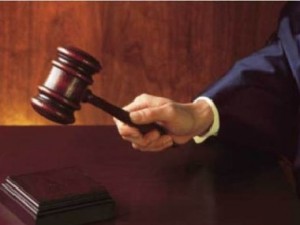 The plan to end its year-old Chapter 11 bankruptcy, detailed in a court hearing on Tuesday, involves a proposed $805 settlement payment from the company’s regulated power distribution business to its unregulated power generation business.

The money would provide the bulk of the repayment for junior creditors of the power generation business.

The bankruptcy proceedings have been contentious, and on Tuesday creditors took turns attacking the company’s approach.

“Today is fairly remarkable. There does appear to be consensus,” said Edward Weisfelner, an attorney for junior creditors. “The consensus is we all hate the plan filed.”

The plan follows earlier proposals by Energy Future. The company would auction its investment in the unit that owns the non bankrupt power lines business Oncor, and spin off to senior secured creditors its unregulated Luminant generation unit and TXU retail utility.

The plan also allows the company’s directors to consider alternative plans, with an emphasis on generating the maximum value for creditors, according to Energy Future’s lawyers.

Weisfelner and lawyers for other creditor groups urged the company to consider creating a real estate investment trust. Many companies have created REITs for property holdings as a way to take advantage of their higher valuations.

Chris Shore, another attorney for junior creditors, said a REIT could support up to $11 billion in new debt and equity, allowing the company to raise money to repay creditors.

Shore said his legal team was working on an alternative plan, which could create the largest utility REIT and become the largest distressed corporate deal ever.

For now, Energy Future has the exclusive right under the Bankruptcy Code to propose a plan of reorganization.

Energy Future filed for bankruptcy protection a year ago, burdened by debt stemming from a record 2007 leveraged buyout of TXU Corp, led by KKR & Co, TPG and the private equity arm of Goldman Sachs.

The case is In re Energy Future Holdings, U.S. Bankruptcy Court, District of Delaware, No. 14-10979.