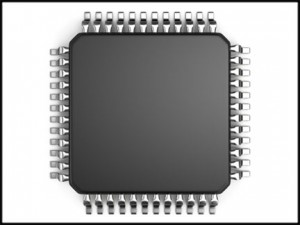 The classic buyout business of snapping up stable, established cash flow businesses with leverage became more attractive when interest rates were falling. But following a modest rise in rates, and with mild inflation seen on the horizon, that formula is less compelling, especially in a flat economy. While traditional deals, say in the industrial sector, continue to happen, technology is seen as a way to offer more growth and boost limited partner returns to seed the next round of fundraising.

In fact, sponsored technology acquisitions emerged as the most popular category by U.S. sponsors in the third quarter deal count, as closed acquisitions in the tech sector grew to 19 percent of all sponsored mergers, up from 15 percent in the year-ago period. Closed deal count rose to 68 in the quarter, up from 47 in the second quarter and well ahead of the pace in the year-ago quarter—see accompanying chart.

And 2013 appears to be headed for a strong finish in tech. Eight sponsored deals announced during the third quarter were still pending at quarter’s end, with a combined disclosed value of $2.2 billion, up sharply from four pending deals with a disclosed value of $154 million in the year-ago period.

“The kind of tech deals that private equity focuses on isn’t the leading edge, venture capital type of deals, or what (I liken to) Dr. Bunsen Honeydew from the Muppets with his new gadgets,” said John Moriarty, managing director at Baird, who heads up the investment bank’s West Coast office and works with sponsors.

While Moriarty didn’t offer any specific figures, he’s seeing more parties show up to the table at auctions for tech deals. One of the hottest areas for sponsors has been in software as a service (SaaS). “They offer recurring revenue, practical businesses that are capital-efficient models with less scientific technology risk. Private equity firms are looking for cash flows and leveragable cash flows,” Moriarty said.

All the activity is having the expected effect on deal pricing. “Interest in tech continues to increase across private equity,” Moriarty added, with purchase price multiples often jumping above 10 times EBITDA. That’s well above the average level of 8.5x in the third quarter for sponsored deals of all kinds, according to data from S&P Capital IQ.

Dipanjan “DJ” Deb, managing partner of Francisco Partners, said the purchase prices of some tech buyout deals appear to be too “frothy” at the moment, leaving businesses of target firms vulnerable to “any hiccups in the economy.”

Thinking Outside The Chip

While some firms may pony up to the bar at these prices, others tend to look for the less obvious deals, like breaking out a neglected piece of a bigger company.

“The carve-out market definitely has been more robust than I’ve seen in a while as tech companies get bigger and start to divest their non-core business lines,” said Larry Chu, partner in law firm Goodwin Procter’s Silicon Valley office in Menlo Park, Calif. “Sponsors are definitely active in this…There’s a good deal of competition.”

Chicago-based Thoma Bravo’s expertise around technology carve-outs enabled it to buy Digital Insight from Intuit over the summer. It was one of the few $1 billion plus acquisitions in the third quarter overall.

“We are cautious about high valuations, but believe that our investment strategy enables us to create value as buyers throughout valuation cycles,” said Seth Boro, managing partner in Thoma Bravo’s San Francisco office. “Our historical returns in the software sector reflect this. Our LPs understand our strategy and have been very supportive of what we have been doing.”

Franciso Partners’s Deb said his firm is avoiding the crowd gathering around slow-growing software companies that are trading a high multiples to focus on transactions that offer more value such as a recent carve-out from McKesson Corp of McKesson Automation, a specialist in pharmacy automation solutions for hospitals.

The firm has also bought companies offering rapid growth, including Avangate, which helps SaaS and cloud services companies increase their online sales and manage subscription billing; and Paymetric, which provides payment solutions. Companies such as these are well-positioned for potential initial public offerings, Deb said.

Vista Equity has been active on the acquisition trail as well. The firm is paying $1.05 billion in a take-private acquisition of Active Networks in a deal announced on Sept. 30. The target company’s adjusted EBITDA for fiscal 2013 is projected at about $54 million, with expected revenue of about $453.5 million. Robert Smith, Vista Equity’s founder and CEO, described the deal as a “highly attractive investment.” The firm did not respond to an email from Buyouts on the purchase price multiple for the deal.

In another fresh Vista Equity deal, the firm will pay about $643.9 million to buy Greenway Medial Technologies Inc, a provider of cloud-based subscription services and revenue management to healthcare providers, in a deal announced on Sept. 23. Greenway’s projected fiscal 2014 EBITDA is about $16.8 million. Vista Equity is combining Greenway with Vitera Healthcare Solutions to “create a leader in healthcare information technology serving nearly 13,000 medical organizations and 100,000 providers,” according to a statement.

Meanwhile, in a deal that closed Aug. 22 Thoma Bravo paid $395 million for Keynote Systems. The company’s trailing 12-month EBITDA is $20 million. A spokesperson for Thoma Bravo declined to provide a purchase price multiple for the deal. Boro said Keynote Systems and another recent deal to buy network testing firm Empirix added to the firm’s portfolio in the network and application management sector.

Fresh examples of buy-and-build platforms at Thoma Bravo include Blue Coat Systems and Mediware Information Systems, both acquired in 2012. In the first year of ownership Thoma Bravo made three acquisitions at each company, respectively. Both portfolio companies have seen “significant revenue and earnings growth” since then, Boro said.

Sanjay Gupta, executive director at funds-of-funds manager Adveq Management AG, said his firm has been investing in tech for several years. “It’s not a space for tourists,” he said. “We are cautious about the increasing number of large tech buyout funds chasing large deals at increasingly large multiples.”

Taking a more value-oriented approach to tech buyouts, Adveq currently sees more attractive risk/reward opportunity among corporate carve-outs, turnarounds, and buy-and-builds of smaller tech companies “that could be transformed into more successful enterprises and sold for attractive multiples,” he said.

As tech continues to beckon, the overall view of the sector remains mostly positive, especially if the global economy continues to pick up steam.

“What we are seeing is there has been an uptick in the number of rumored and disclosed deals, and new deals on the horizon,” said Kartik Sundar Raj, a partner at middle-market assurance, tax and consulting firm McGladrey LLP. “Our outlook and our sense for [tech] is one that’s extremely positive for the second half and 2014. The megatrends within tech are around smart mobility, social networking cloud computing and big data analytics. Those are the high points that are driving a lot of the growth.”

Looking ahead, two deals by tech giant Silver Lake are likely to continue to attract attention to the market.

The drawn-out $25 billion deal for Silver Lake and Michael Dell to take Dell Inc private continues to loom as the largest technology deal in the private equity landscape. That transaction is expected to close by the end of the year.

Meantime, Silver Lake-backed Chinese e-commerce company Alibaba is expected to raise an estimated $15 billion in 2014 with a valuation of more than $100 billion in its upcoming initial public offering in the United States, according to reports by sister news service Reuters.

The buyout shop invested in Alibaba nearly five years ago at a price-to-earnings ratio of 20, Ken Hao, managing partner, said Oct. 9 at the Buyouts West conference.

Silver Lake stepped outside of its usual buyouts playbook by taking a stake in Alibaba, partly because minority investments remain the principal way to gain access to Chinese companies. Silver Lake, along with Russia’s Digital Sky Technologies and others, reportedly invested $1.6 billion in the firm. The transaction was formally announced in 2011.

“They wanted a big check and a big, long-term, value-added investor,” said Hao, who characterized the valuation for the deal as high.

Still, with a post-IPO valuation potentially far higher, expect even more sponsors to take a close look at tech deals in the months ahead.