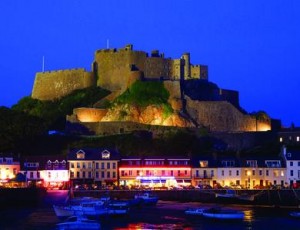 The outsourcing of PE funds’ administration needs in Europe is more popular than in the US, and is growing in many local jurisdictions due to stable frameworks, controls and the ease of doing business. The future trends in the industry are increasing IT modernisation by service providers to free up manpower for more value adding services, as well as a partial move away from outsourcing for large funds going it alone offshore.

Nicola Walker, Managing Director of Schroder Administrative Service says: “Many Far East and Middle East funds are turning to Europe for administration, given the advantages.”

Europe has developed a diverse set of financial centres ranging from big cities to island havens like Jersey or Guernsey, and niche markets such as Luxembourg. The administration outsourcing industry, wherever based, argues it can free private equity managers from non-core activities, provide predictable operating costs, and add value to services so GPs can concentrate on investing. But there are expenses to consider and the relinquishment of control.

Iain Stokes, Head of Global Private Equity, at Mourant says: “The major difference between onshore and offshore is the scope of services. Onshore outsourcing is mainly about administration, accounting and implementing instructions. Offshore is much broader. It includes corporate secretarial services, and corporate governance, because management control resides offshore.”

He explained most PE funds are structured as limited partnerships and where the general partner is offshore, the decision-making and review process needs to be driven from that jurisdiction.

Connie Helyar, CEO of Guernsey-based IPES says that most IPES clients come to us “for offshore service provision, which is more comprehensive and tax efficiency-driven. Onshore provision tends to be pure outsourcing with no tax focus. The decision to go onshore or offshore is just as simple as that. There are different skill requirements for the two different services.”

But Gordon Purvis of Schroders underlined that apart from the many tax, regulatory and cost benefits offshore, a specialised infrastructure has developed specifically for servicing funds in law, accounting and administration that can also be tapped into.

Administrators conceded that appointing an offshore administrator means the necessity to travel there for meetings. But at least they are in pleasant locations.

The main challenge to outsourcing according to IPES is to “operate efficiently at all times, dealing with time deadlines, and above all coping with the cultures and demands of busy private equity investment personnel.”

Mourant’s Stokes adds that the main challenge in Europe is a cultural one and the ability to find an outsourcing partner on the same page. Stokes says: “Most PE’s are used to having absolute control of all back and middle-office function, and ceding control seems like a hurdle, presenting concerns.”

Nicola Walker of Schroders explained that the predominant factor is to secure a relationship that works long-term with a team you are comfortable with. Walker says most PEs have a 10-year life so you need to offer them the right recipe. “Many PE firms might feel lost and forgotten using a large outsource provider. For others, it may be the perfect fit, if costs are the driving factor.”

Schroder highlighted that there are challenges when outsourcing during a fund’s lifecycle. The process is smoother when the decision is taken at the beginning. Changing administrator midway can be messy and time-consuming.

There are obvious advantages, according to IPES, in outsourcing PE operations in Europe as opposed to other geographies like the US, because: “Given closer proximity, developing closer relationships become easier. Similar time zones mean dealing with banking transactions, and board meetings, for example, are easier, as well as a better understanding of Anglo Saxon and European thinking.”

Purvis of Schroder underlines that “familiarity with local tax, accounting and regulatory requirements means that having an administrator in the same continent, or a close geography makes sense.”

Mourant considers that the US administration market is more akin to the European onshore market, slowly embracing more outsourcing. “In America they usually only manage cash flows, administration and accounting. There is less of an outsourcing trend in the US but its growing rapidly because the market is underdeveloped,” Stokes addes.

Offshore concerns and the hybrids

Some PE funds have concerns about whether the offshore centres’ special regulatory status may be lost, whether they are reputable, and the prospect of EU tax harmonisation.

“Offshore centres are becoming re-classified into either well-regulated, or not well-regulated, rather than onshore-offshore. Well-regulated centres like the Channel Islands have signed up to treaties and directives with the Organization of Economic Co-operation and Development and the EU and have been unfairly lumped in with the likes of Liechtenstein, and some more dubious offshore centres. The Channel Islands have adopted the EU directive on savings, they practice exchange of information and do not have a policy of secrecy, while remaining outside of the EU,” says Heylar. She thinks “tax harmonisation is a very long way from being introduced in Europe.”

Helyar adds:: “The Guernsey and Jersey financial regulators have encouraged regular inspections by the IMF for the last few years and they have passed with flying colours. They are also members of the International Organization of Securities Comissions, a world organisation for services commissions.”

Insiders say offshore jurisdictions like Guernsey, not being part of the EU, are not obliged to follow all requirements so they typically cherry-pick from EU directives, adopting beneficial laws, and avoiding bureaucratic ones.

Stokes of Mourant explaines that onshore bases like Dublin and Luxembourg are really “hybrids between onshore and offshore.” Both are in the EU but have negotiated special tax treatment for their financial industries to energise economically, but the position is constantly evolving, due partly to the emerging threats of other jurisdictions. As an example Stokes cited the success of the Self Invested Fund regulation introduced in 2007 in Luxembourg. He addes that, like offshore jurisdictions, Dublin and Luxembourg have a deep understanding of the funds sector and will continue to focus on providing added value services, akin to a middle-office offering.

Regardless of the offshore status of administrators, outsourcing should provide investors with added comfort from the introduction of a third party with a duty of care towards the investors’ interests.

Administrators have a cumulative wealth of industry knowledge, lessons learned from harsh times, and knowledge of best practices to benefit clients. Processes are bedded down and well tested. Administrators concentrate on their expertise and the PE can focus on sourcing deals, according Walker of Schroders.

But some PE’s firms are not always convinced of the outsourcing benefits. They want direct control of processes and argue it’s not cheaper. Aside from the human control factor and costs, Schroders believes that they may not want to lose control or delegate to an ‘outsider’. Walker notes: “For some it’s the lack of time to make the decision. Finding a good administrator is time-consuming and requires care and planning. This is often not high on the list of priorities for a PE firm.”

Larger funds stand to win more from outsourcingcause for small basic funds outsourcing makes no sense. But by the same token, a small fund with a complex structure or complicated issues may benefit from the expertise of a provider.

However, Connie Helyar argues : “The older-established fund groups have already invested in infrastructure, such as systems and staff. Typically we see PEs making outsourcing decisions when something within their organisation changes such as a key person leaving, or they reach critical mass, and have to make a decision to employ more staff.”

Mourant was very analytical, identifying three types of funds, looking at outsourcing differently according to their cycle needs. Stokes says: “There are spinouts from large PEs or other institutions that have intense deal-making experience but need expertise in administration. They stand to benefit significantly from outsourcing. A second type is a growing middle-sized player that has to make a strategic decision whether to administrate in-house, investing heavily in infrastructure, or outsource. Finally there are the large funds in the third stage of their life cycles, which have deeper pockets, some of whom have created a new dynamic by withdrawing from outsourcing.” Mourant adds a partial recent trend is for large funds to consider setting up offices offshore with their own people and infrastructure.

PE insiders said that this not only gives them complete control but they also attract lower scrutiny from tax authorities. However they do have to assume the administrative burden.

IPES underlined that most of their client base comes from new people coming into the market, like small groups without expertise in running a back office or operating systems.

Economies of scale above break even

PE sources said they calculate outsourcing break even costs to deduce whether economies of scale exist. “Costs of a CFO and team of two might be £250,000 per annum and infrastructure costs add at least another £100,000 per annum for them to be able to administer two funds. Outsourcing two funds per annum costs about £300,000, including use of all systems,” said an administrator that wants to remain anonymous.

Recently, the outsourcing industry has faced new accounting changes. The introduction of IFRS has been a steep learning curve. But accountants and administrators have a wealth of experience, and hit the ground running. PE firms going it alone found it challenging.

But Helyar of IPES underlined: “Most clients use GAAP unless forced to into IFRS by investors. IFRS is unpopular because it requires consolidation, blurring investment information for investors. GAAP is slightly more flexible. But Americans like US GAAP and we can provide it.”

Insiders think that now that PEs have an enhanced profile since they have “gone mainstream” by acquiring household brand names, regulatory and tax changes are a looming threat. Having entered the public consciousness they are attracting “much deeper scrutiny than ever before.”

Stokes of Mourant believes that the outsourcing industry will eventually polarise into two groups, with the large players offering a range of services across multiple jurisdictions and the boutique firms acting as niche players. Stoke says: “These two extremes will become the norm due to sector consolidation.” He addes the key to future sector trends and a recipe for success is the “industrialisation” of the work so it is less time-intensive through power IT. “Staff can then devote more time to added-value services and evolving into genuine partners as opposed to just a third-party administrator. Things will change radically in the next five years as we modernise PE outsourcing,” Stokes adds.

The outsourcing experts consider that if you have a spin-off, or a new small but complex European fund without back-office experience, or even a middle sized fund that is subject to substantial management changes, or perhaps is reaching critical mass, you may find cost savings are above break-even levels, justifying not just tax-driven but value added outsourcing in Europe.